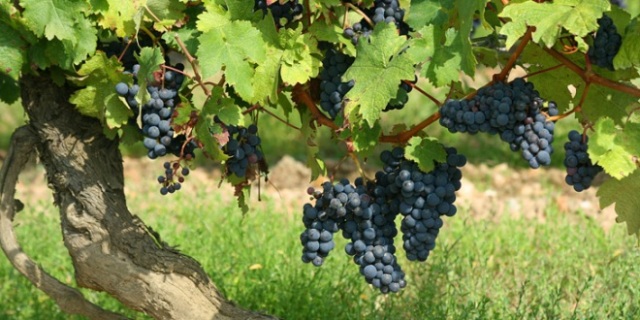 A free grape of colour is a varietal of vitis vinifera of full or partial European descent not enslaved by the McGuinty government.

The days of discrimination against grapes across the nation may soon be coming to an end, or not.  Private members Bill 117 begins in the Legislative Assemble of Ontario today, brought forth by Rob E. Milligan, MPP (Northumberland–Quinte West).  The bill will carry first reading to amend the Liquor Control Act, namely to the agreement on internal trade.

Thanks to the efforts of B.C. MP Dan Albas the ball is quickly rolling down hills. Private member’s bills rarely achieve the status of law but the federal Bill C-311 passed. Nova Scotia recently voted to allow direct shipping of BC and Ont wine, making it the third such province to do so. So Dalton, what do you say?

Here is the act’s catch amendment:
“The Government of Ontario shall encourage the governments that are parties to the Agreement on Internal Trade to implement or amend measures in each of their jurisdictions, if necessary, to allow for the free movement of wine within Canada in accordance with the requirements set out in that Agreement.”

Possibility is still the operative word here, as opposed to probability. Even if the bill passes, the limit of ‘personal exemption’ to receive a shipment of wine from B.C. would still remain in the hands of the LCBO. The LCBO has already chimed in, saying it will limit amounts and only allow wine to be moved inter-provincially “in person.” But let me ask this. Despite the LCBO’s island in a sea of opinions ways, how could the powers that be refuse to follow suit were the Ontario Legislature to put through this Bill? Simple, because they can. There are $4.7 billion reasons to back up that position.

Nevertheless, a start is a start and the rest may well be, history.