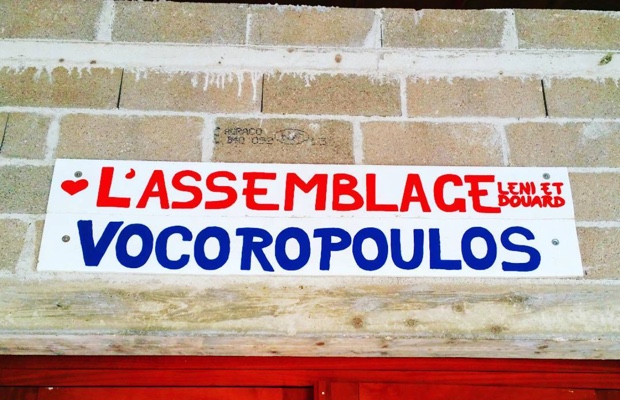 He’s a seventh generation Chablis winemaker and she’s Greek-German. He has worked with Daniel Barraud (Pouilly Fuissé) and she with Vincent Dauvissat. They met during the 2010 harvest in New Zealand and currently farm five hectares in Chablis. Their tiny domain produces just a few wines, Chablis Bas de Chapelot (just beneath Montée de Tonnerre), Chablis Premier Cru Butteaux (next to La Forêt) and Chablis Les Pargues (bordered by La Forêt and Butteaux). Their karma, instinctive roots and beautiful impossibilities can only intrinsically and kinaesthetically be linked to family, tradition and to the work of Vincent Dauvissat. I have met and tasted the future of Chablis and its name is Edouard Vocoret and Eleni Theodoropoulos.

That undeniable truth might come to fruition were Edouard and Eleni looking to expand their empire. The current output (the catastrophe of 2016 notwithstanding) is somewhere in the vicinity of 15,000 with the vineyard capacity to produce up to 30,000 bottles. The future is bright but it’s also invisible. Good luck finding a single bottle of “Vocoropoulos” Chablis anywhere, not in Canada or even at the modest, cramped, rudimentary and perfectly tidy domain. The couple have no plans to get bigger.

The ferments are all spontaneous, the barrels old. They ignore sugar levels and always pick on acidity potential. “We are looking for minerality and tension,” explains Vocoret. Their Chablis achieves exactly that and with off the charts levels of dry extract and ulterior tannin. The wines are receptive to new sensations yet restrained by old sensibilities. The spiritual education being witnessed is writing the couple’s bildungsroman. Who would not be engrossed in reading through the chapters of their life?

So why would two reluctant rock stars want to limit themselves to such an insignificant quantity of output when the Chablis they craft is such a perfect amalgamation of traditional values and forward thinking, naturally approximated execution? “We wouldn’t be able to make the same wines,” evinces Theodoropoulos. I’m not sure I agree. These two could make wine from water. What’s 3,000 more bottles in the grand quality scheme of things? 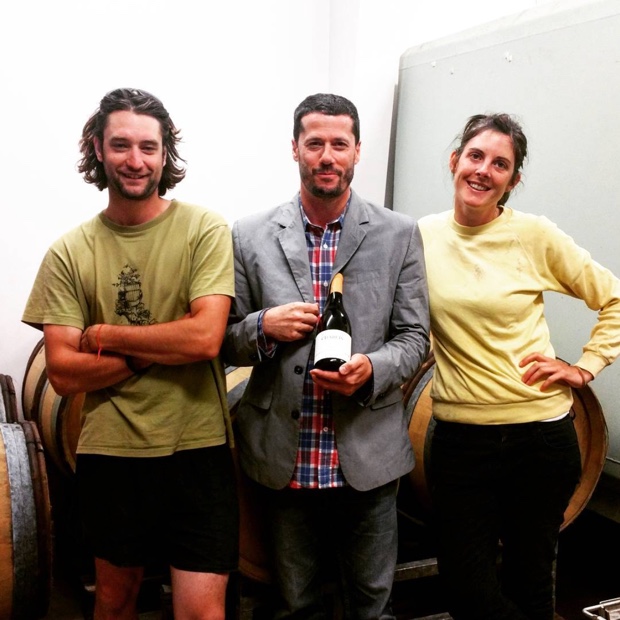 My visit with Eleni and Edouard happened at the end of a day filled with many Chablis pursuits and was followed by the most extreme of pivotal days. It began with a breakfast of champions visit and tasting in the cellar with Patrick Piuze. On Piuze’s wines I will examine later. Patrick then made the introduction with Vincent Dauvissat who had just come down from assessing climatic and mildew damage in his vineyards. His face said it all. The man, the ghost. No grapes. Vincent is not alone this summer in Chablis as a vigneron possessive of a complicated vintage that officially turned to one word. Catastrophe. 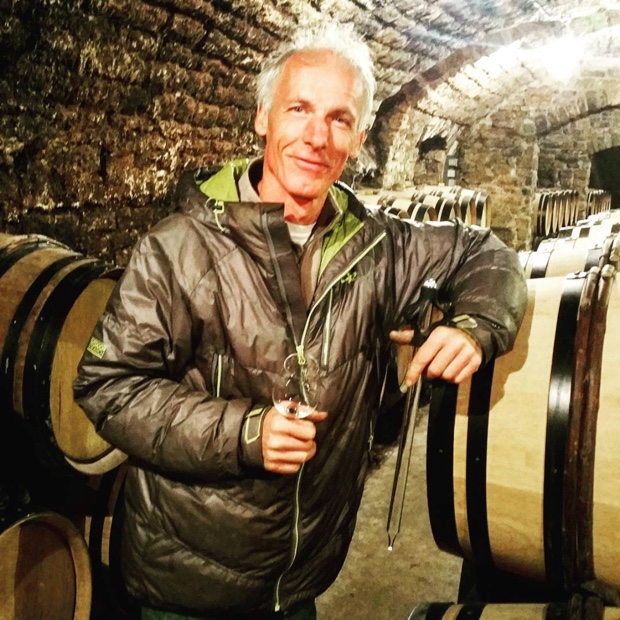 Vincent Dauvissat the professional and the gentleman shook aside the sudden realization of mother nature’s cataclysmic consequence and led the way down into his cellar. And then without a noise, magic simply happened. We tasted through barrels and older wines, opened a week earlier. The musicality of Vincent Dauvissat’s wines are self-conscious without being self-regarding. Their aromas, flavours and textures tend to themselves, to Chablis and to the world at large. In a good year Dauvissat produces approximately 75,000 bottles. Petit Chablis, Chablis, Premier Cru Séchets, Vaillons, Montmains, Forêts, Grand Crus Les Preuses and Les Clos. Oak is always used in the range of 10-15 per cent. Prices will be raised as a result of what has happened in 2016. One hundred per cent vineyard loss to hail, more hail, rain and mildew. Total, utter devastation. Disaster. Stock up on 2014 if you can and in the case of Dauvissat and Vocoret, ’15 as well.

Here are the wines tasted at the two domains, mostly from barrel.

The block (with duplicitous exposure) to the adjacent climats of Premier Cru La Forêt and Butteaux was destroyed by hail in 2016. All of it. Though 2015 was a solid, middle of the road, commercial hit vintage, Les Pargues by Vocoret is anything but. On a line somewhere between 12 and 12.5 per cent alcohol it exhibits such body and gorgeous texture made ethereally corporeal by its complex carbohydrate-mineral reality. In this sense we are graced with Chablis sometimes peculiarly histrionic and at others, stubbornly passive. The dichotomy is amazing. Will emerge as one of the great 2015s and live well into the end of the next decade. Drink 2018-2028.  Tasted July 2016

Another block with Premier Cru exposure and situation, just beneath the Montée de Tonnerre and what others might refer to as cuvée première, though Edouard and Eleni simply let the wine speak for itself. It hailed and rained just before picking but the washing away of impurities trumped what damage and/or dilution may have resulted. The élevage was the same as Les Pargues which means “do nothing.” Extract and concentration are extraordinary in a Chablis that is courteous in its acceptance of paradox and dialectical ministrations in which things that are old are inexplicably made new again. Raveneau enters the discussion here (along with Dauvissat), at least in terms of potential aging but Vocoret is not either of these two domains. Edouard and Eleni are the new gentle, renegade, go it alone Chablis giants. We’ll see just how far this goes. Drink 2017-2027.  Tasted July 2016 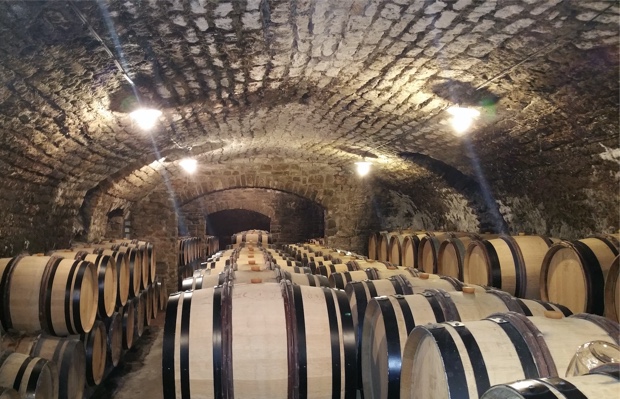 In the cellar at Domaine René et Vincent Dauvissat

Repeats the virtues of the Petite Chablis with a wider open window of clarity and acidity a rung up the terroir ladder. Fully realized phenolic ripeness, naturally optimized and fully consumed, basic Chablis potential. A wine void of addition or adjustment. Pure Chablis. Drink 2016-2021.  Tasted July 2016

Linear, focused, precise and of an acidity aquiver in ever so slight oscillation. Chablis that delves into the poor, calcareous soil and angles of its slope. Dauvissat uses Séchets as if to avoid being overly serious while allowing its vines to procure fruit able to walk an unwavering, straight line. An erudite experience in the absence of profundity. Drink 2018-2025.  Tasted July 2016

A heart and soul textured Chablis, round and yet demonstrative, in wonderful balance. Acidity and alcohol work in and out of one harmoniously smooth groove, leaving freshness to stand clear of the tension. The clarity of Vaillons and its southwestern position in relation to the village of Chablis are broadcast with utter clarity from out of a Dauvissat barrel. More approachable than the rest. Drink 2017-2023.  Tasted July 2016 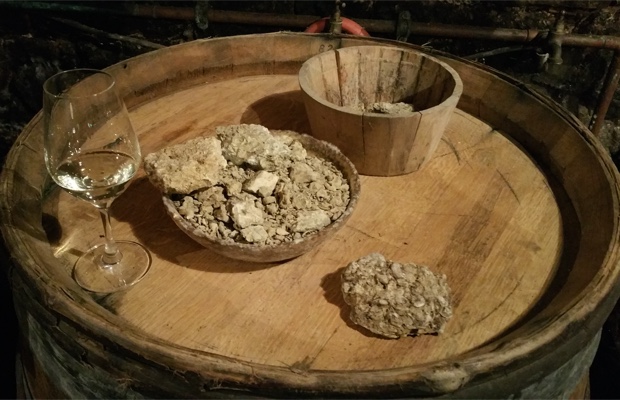 Only Forêts breathes like this, with the confidential creak of oak, in the Dauvissat way. The density here is deeper, the layering consummately plied and the citrus interwoven into atmosphere. The quite politesse of its consummation pumps air into intelligent texture, like mousse, of soft curd, creamy and also tart. The length is outstanding. Drink 2018-2030.  Tasted July 2016

Vincent Dauvissat thieves a sample of Les Preuses before Les Clos, even though there are some who feel you can never follow Preuses. In Dauvissat’s world you can. His Preuses is a living, breathing incarnation of the Grand Cru, with kimmeridgian organza as a sheath to cover and protect the delicasse of fruit. The level of orchard phenolics is unprecedented, even for this Cru and the operative word is purity. Intoxicating clarity. Les Preuses by Vincent establishes my experience of his actual wines as opposed to others’ claims made on their behalf. Drink 2020-2035.  Tasted July 2016

I am quick to concede that a mere sample of Dauvissat’s Les Clos is the epitome of the class, calm and distinction that defines the most famous and largest Grand Cru. Purity here is drawn of a bigger picture, with lines that demarcate the perfect orchard within the gates of an untouched Eden. The magnitude of the Cru is impressed with just two sips and I’m left with a feeling of “my goodness.” I nod and there is understanding. But there is some wood there, felt in a way no previous sample has put forth. Following Les Preuses makes perfect sense in Dauvissat’s world. Though this is five years from readying itself, Les Clos winds down just enough so that it may be heard, surveyed and thus enjoyed. Drink 2021-2039.  Tasted July 2016

Tasted from a bottle opened five days prior which is nothing really for a wine that can age easily for 30 years. It resides in a perfect state. Vincent concedes “over 20 there is nothing to be gained” and yet the still terrifically raging acidity would suggest this 15 year-old specimen is only halfway there. The texture is nothing if not persuasive. In 1931 Vincent’s father began this journey. Here 70 years later is a wine so perfectly intact, the lemon-waxy aspect almost on the edge of the hive. But not quite because of the taut bracing and tight embracing. There is a chew to this and Dauvissat shrugs. “What’s to say?” Nothing but a great piece of his history and his father’s legacy. If this wine is a sentimental tribute to a childhood village, it is never uncomplicated. Drink 2016-2031.  Tasted July 2016