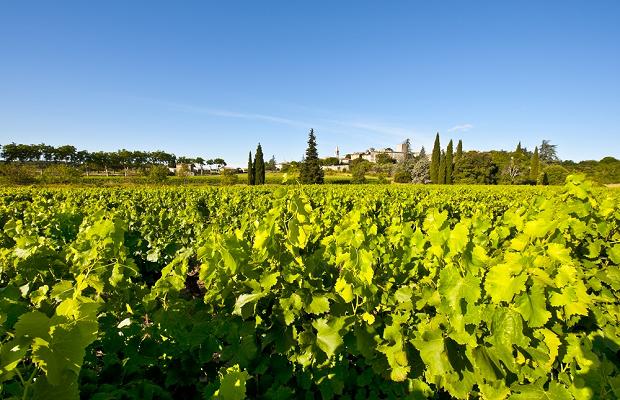 If vineyards were retail stores in a mall, a wine’s cheapness would be directly proportional to its proximity to a food court. Southern France knows little of fast food and its vineyards are stamped with an emblematic sense of place. Add to that an across the board aptitude to craft as art from indigenous fruit and it is clear that quality has never been better.

Domaine Piquemal Tradition 2009 (272419, $15.95) out of the Côtes du Roussillon shines like the sun on purple vetch. A taste of black licorice popsicle dripping into a wooden bowl of raspberries. Taut and firm, looking for roasting meat.  87

Foncalieu Réserve Du Sud Languedoc 2009 (272443, $15.95) is another SGC composition. Jets to black where Syrah is sooty, Grenache gamey and Carignan cumbrous. All tolled and told this is a very big wine for $16. Will get my thumb lost in its plum pudding.  88

Gérard Bertrand Grand Terrior Grenach/Syrah 2009 (147983, $18.95) the languid one of Montpeyroux in Languedoc is certainly more Anita and less Enrique. Still, it fails to ring my bell. There is sour licorice and also low acid-lees sediment. Would work for a disco rendezvous. “Well lay back and relax while I put away the dishes.”  84

Hegarty Chamans No. 2 Grenache/Mourvèdre/Cinsault 2009 (277061, $21.95) of port-like, cassis and orange whip qualities cabs and scats its way onto the stage. The brother John Moucher from Minervois, blue-candy and heavy in style, “a red-hot hoochie coocher.” Some citrus animation keeps it tapping.  88

Château de Trignon Gigondas 2006 (681817, $29.95) is old school, weighty, Frank the Tank. Base, brash, fleshy, formidable. The kind of Rhône that kills off brain cells, abandons all reason and goes streaking through the quad. Oh, baby.  91

Domaine Des Fées Côtes Du Rhône 2010 (272450, $14.95) should rightly flash like a nocturnal animal’s eyes, what with the unfiltered Grenache and Syrah raised in concrete on the outskirts of Rhône town. Not so. Elegant, refined and quite pretty actually. A wee wine this fée, gnomish, of peace and fair play.  88

Montirius Le Clos Vacqueyras 2007 (76547, $28.95) the organic one is consistently relevant and creatively prolific, “goin’ as much with the river as not.” The Grenache throws no punches while the Syrah “don’t push the river.” Initially idiosyncratic, the funk abides with a swirl to reveal a licorice and Kirsch liqueur. The wine as sleeping beauty becomes a giant. Soulful vacuum of traditional country meets R & B.  90

Romain Duvernay Vacqueyras 2009 (280966, $24.95) is a dark Vaq, modern, big on extraction. Possesses the least sense of place from these ten. At times seems Tuscan, other times Napa. Minerality and dark berries abound, as do chalky tannins. Time will tell the story but either way, you have to like the concentrated style.  88