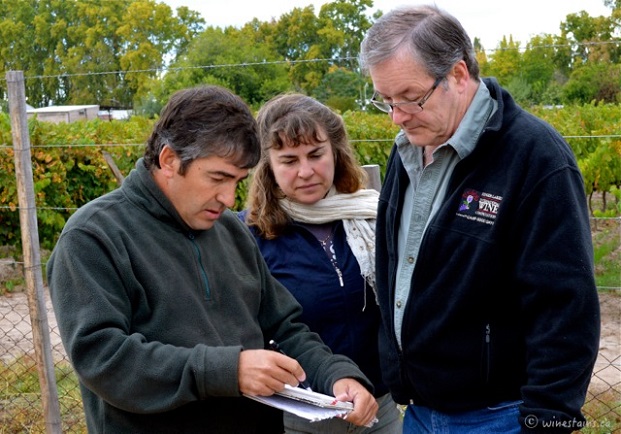 A popular but unconfirmed theory claims that Malbec is a mathematical acronym, “Math, Algorithms, Learning, Brains, Engineering, Computing.” The inky and tannic grape variety no doubt connects growers and winemakers in scientific ways but that hardly separates the expatriate, signature Argentinian from other varietal relationships. The learning, perception, and behaviour of the people who produce the dark wine is the crux and the rub.

Malbec’s spread may be the work of a Hungarian peasant, it was surely introduced to Argentina by French agronomist and botanist, Miguel Aimé Pouget and the natural lines differentiating modern renditions of Cahors and Argentina blur like the Clarets of Napa and Bordeaux. The homogeneity in style, mainly due to elevated quantities in production, has begun to deplete the star power of the Mendozan idol. The computative cipher jives because Malbec requires an analytically brilliant dream team to coax humanity from the quotidian grape. The wine making axiom, “is it science or art” applies to Malbec as much as any other. Making exceptional Malbec requires artfully applied science. 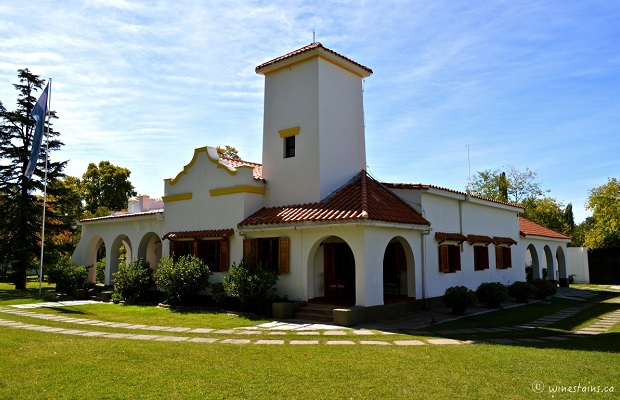 In 2007, Peter Gamble and Ann Sperling, winemakers who may as well be endowed with the title “First Canadian Couple of Wine,” went to Argentina to seek their cerebral Malbec fortune. With the aid of investors Moray Tawse and Gerry McConnell, the two found their varietal calling in Mendoza. They settled at the estate of Villa Viamonte in the old town of Chacras de Coria, now a neighbourhood of Mendoza.

With the aid of the experienced and professional Roberto de la Mota they purchased an ancient vineyard on the legendary Cobos Road. Altitude, meso-climates, topography and ‘micro-terroirs’ became their linguistic vernacular, a royal, ancient and new Malbec their opera omnia. Vineyard Manager Sergio Rinaldi directs all the daily viticulture activities.

Versado means ‘well-versed’ and the phrase describes the Gamble-Sperling output as well as any that can be equivocated.  The Canadian dream team travels circuitously from British Columbia, to Ontario, Nova Scotia and through Argentina in mimic of the seasons for a vine’s life cycle. Through the stages of weeping, flowering, fruit set, veraison and harvesting, Peter Gamble and Ann Sperling are in constant motion, checking in at all their properties to make essential decisions. I am exhausted by the prospect. 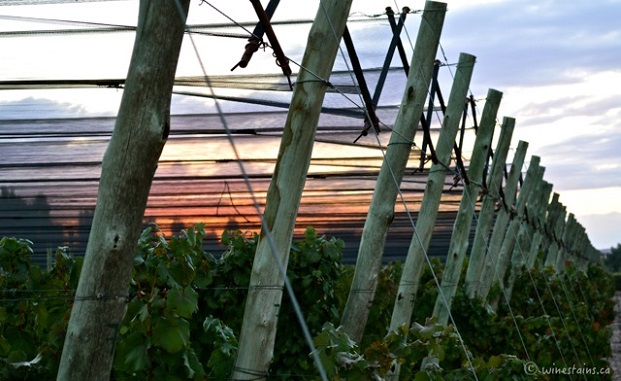 Versado is a unique Malbec outpost, a place of river, road and air. The ancient bed of the Rio Mendoza, the Calle Cobos and the cool air corridor of that river combine for a micro-climate to challenge all micro-climate comers in the region. Increased thermal amplitude (up to 15 to 16°C difference between day and night-time temperatures) means low pH numbers for their Malbec. The results should translate to elegance and balance. As the Versado team begins to scale back their oak program, the wines will increasingly reflect their specialized and cooler terroir.

Peter Gamble told me “we’re making them with classic tannin structures.” That statement intimates French and even Italian but with Mendoza’s already rich history, it also endorses a notion of Argentina. Versado’s Malbecs are both serious and epicurean. They are gorgeous and alone. They come from a very specific parcel of land, though Peter Gamble admits that “borders are sort of Alice in Wonderland in Argentina.” The Versado Malbec origins may participate in a Mendozan Venn Diagram but their character is utterly unique. Here are six tasted over the past 12 months.

The rocks beneath the earth precede the rich, dark fruit. After the berries and the candy beets and the spices subside the flowers grow and take over the room. The vintage brings more layers than before. Malbec of character and belief, even a touch of good VA, a coat that only the Southern Hemisphere can provide. It is not usually present in Mendozan Malbec so it’s really a breath of fresh paint here in the Versado. Great purity. Protracted length. Most expansive and intriguing vintage to date. The Reserva will be killer.  Tasted September 2014

Having been defined early in its development by the Mistral-esque drying eastern lee slopes Andean wind known as viento zonda, the low-yielding 2012 Malbec is berry intense and highly concentrated. The foehn or, rain shadow wind had a major effect on flowering and so 2012 may be considered a Malbec example of what happens when vines are subjected to the first law in thermodynamics. The vintage gaveth depth and structure, even as it taketh away moisture, quantity and profits. In this Malbec, earth in terroir stands firm and while the fruit is full, it must fight for early investigative attention. Though presently rigid, a time will come when that fruit will fully receive its due. Sanguine and ferric, the adiabatic Versado 2012 is a heat transfer work in progress. Its system will integrate into its surroundings after a minimum three years have passed. Drink from 2015-2022.  Tasted September 2014

The sub-terra tectonic shift and uprising to firma awakening is just beginning to give after four integrated years. That said, this Malbec continues to play a ragtime roll in shades of cumulative bandwidth. When the ’10 entered bottle it may have insisted “I don’t care what mama don’t allow I’ll play my guitar anyhow.” Now settled, somewhat, it persists in saying “I don’t care what mama don’t allow, we’re all gonna play all at the same time anyhow.” The dusty fruit, the resolving tannins, the revolving door of driving blues, of crossover terroirs. “Borders are sort of Alice in Wonderland in Argentina,” notes Peter Gamble. The Venn circles include piano, rare earth, bass, big fruit and guitar.  Tasted September 2014

Peter Gamble describes the ’11 Reserva as “integrated right out of the gate” and blessed with “a little more fruit component.” That is can show such freshness this early in its life span (especially in consideration of the beasts that are 2009 and 2010) is nothing short of a Malbec miracle. This is a wine that saw spontaneous fermentation, which made for very nervous times in the winemaking hands of Roberto de la Mota. Stems were used and their participation lends a Mediterranean feel, in the aromatic impart of sea salinity and kelp. The oak is scaled back a touch so the chalk push, while present, integrates in finer grain within the gritty, iron structure. This is the softest (hyper-relatively speaking) Reserva to date with a newly defined massive attack. The temperature fluctuations of the vineyard are integral in its structure and the question needs to be asked, “how can you have a day without a night?” In the Versado Reserva 2011 you have both. It is a Malbec of unfinished sympathy. Drink this sooner, starting in 2017 and for longer, to 2030.  Tasted September 2014

The floral emergence is a lodestar as periscope just now peering up from the seamless cake layering in Versado’s most liberally applied oak-imbued Malbec. The 2010 adheres in sticky savour though it remains two to three years away from finding its true gliding form. From my earlier notes through tastings on Oct. 25 and Nov. 14, 2013. “This ultra-premium Mendozan from the Canadian winemaking team of Peter Gamble and Ann Sperling boasts fruit from “the finest barrels from the finest blocks.” While certainly riding a splintered and jammy horse (what fully extracted Mendozan does not), this reserve Malbec has so much else happening, I owe it my time and focus. Dances to a triple jump height in oozing berry, compacted, brick wall infrastructure and overlapping delineation. Really like the consistency here, with no hollow middle, no umlaut, no pregnant pause. Very well made.” Last tasted September 2014

From a vintage the seasoned Mendozan pro knew to rank with the best, the 2009 Reserva persists as a concentrated, wild beast. On a rare occasion, such as tasting this Reserva, Malbec leans in an Italianate direction, no doubt a result from the combining forces of aridity, concentration and micro-heteroclitic terroir. The dry, slow ripening conditions sealed a vineyard funk into the shriveled, dehydrated berries. Though the wine is just now beginning to come around, that funk will take years more to play nice with the huge flavours, striking structure and resounding tannins. Fast forward to 2017 and imagine the crest over which a plateauing initiative will trigger. It may very well be 2025 before the slow decline begins.  Tasted September 2014