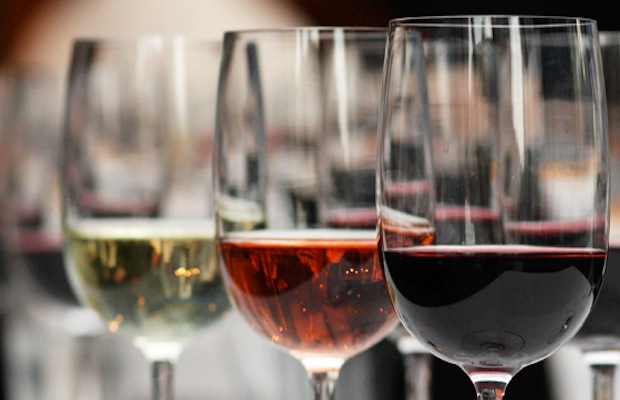 The Tour de France is a 22-day, grueling test of endurance. Tasting through 22 French wines may not be the sporting equivalent, but someone’s got to do it. The Tour travels and circumnavigates a path through many of France’s storied wine regions; Bordeaux, Champagne, Burgundy, Rhône and Languedoc. The wine tour goes deeper, making stops in lesser known regions like Savoie and Jura. Here are 11 notes with 11 days to go. 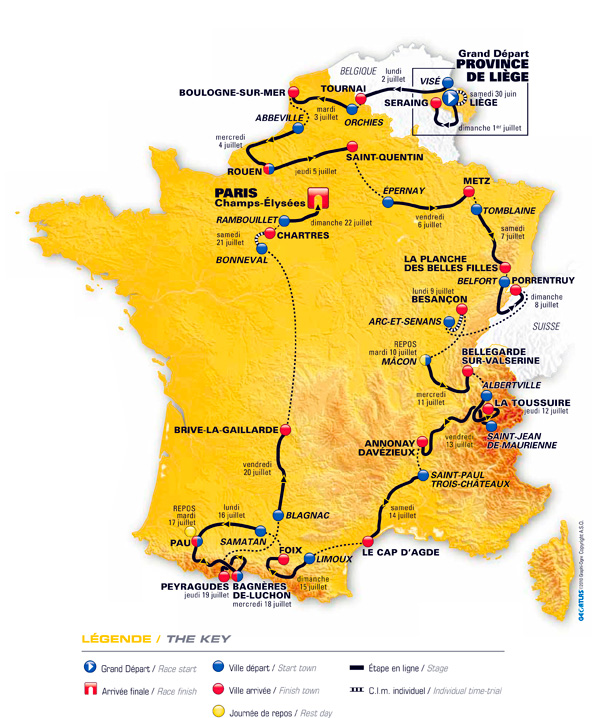 French wines to look for now 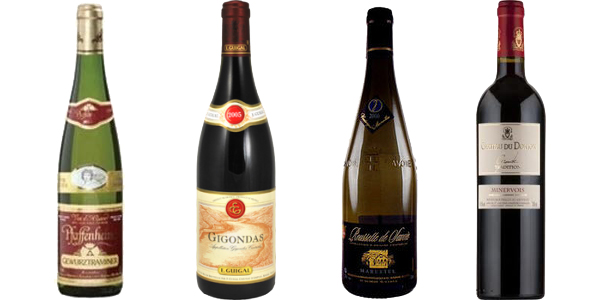 Pfaffenheim Cuvée Bacchus Gewurztraminer 2010 (VINTAGES 996017, $19.95. SAQ 197228, $19.70) looks to wine a stage with its progressive and ambulatory nature like the “Cannibal,” Eddy Merckx. At once steely but also possessed of a creamy, recriminatory lycheeness. A Gewurztraminer island in a sea of mediocrity, less bitter, less off-dry. A comeuppance of residual sweetness and forward thinking expression.  88

Henriot Souverain Brut Champagne (959643, $56.95) operates as opulent, bombastic bubbles. Conspiratorial instigator, non-traditionalist and anti-establishment. Cassius to Caesar and to Frazier. Agitated rope-a-doper laden with tropical citrus and guava to belie yeast, smoked nuts, clay and toast. The mousse is persistent if relegated to the ring’s perimeter and the cheap seats of the Colosseum.  Tasted twice.  89

Louis Picamelot Brut Cremant De Bourgogne (161919, $17.95) is continental breakfast at the round table where dry toast cuts a linear radius through pious citrus, namely lemon and grapefruit. A strong-armed, knightly representative for the anthology of the Burgundian bubbles culture. A polarizing character, the lance of the lot.  87

Pascal Marchand Meursault 2010 (285866, $57.95) would make for an intriguing tête-à-tête comparison to the Tawse Quarry Road from Moray’s other guy, peer Paul Pender. Marchand’s Chardonnay is multi-layered, zesty and intense. Pear and hazelnut stand out but so too does oatmeal, in an elemental, periodic way. Which leads ne’er the cheerleader MV to comment, “egg salad sandwich.”  White Burgundy with regard to the atom.  90

Domaine Gille Côtes De Nuits-Villages 2009 (210864, $28.95) is cheap talk and wine, for Burgundy that is. Clean, pure Pinot fruit, black raspberry scent. On the border of simple, elegant, well-priced Villages. Will give you the best of its love.  88

Jean Bourdy Cotes De Jura White 2007 (286427, $24.95) is most unusual Chardonnay. “Nothing in the world smells like this son.” Tis kind to call it an “oxidative” style but truth be in the pudding. Yerba tea, malt and peat each have their moment. Scottish as if Kilgore retired to the Hebridic isle.  86

Domaine Edmond Jacquin Altesse Rousette Savoie 2010 (277335, $17.95) is a Big Mig, a jazzy, rarely seen release that trills citrus and spice in a breezy, casual way. Altesse, also called Roussette, seems to me a superior, physiological varietal. Federer workmanlike approach, a rider like Indurain, wins fans for athletic greatness and for acting effortlessly like itself.  88

Jean Perrier & Fils Cuvée Prestige Mondeuse Vin De Savoie 2010 (272112, $14.95) visually reminds me of Portugal’s Bastardo grape and by a nose. There is sour cherry, cranberry and refreshing citrus vitality as if Viognier were supporting Syrah. Perhaps like Pliny’s “vine of least repute” but there is an acme of elegance.  87

Château Haut-Vigneau 2009 (29678, $25.95) opens the door to the ’09 Bordeaux party with a Tao, raison d’être and talisman’s affordable summoning via the Left Bank’s Pessac-Léognan. Candied coffee, black cherry and tobacco, radish red. Solid PL and worth storing three away for now and to the decade’s end.  89

Château Du Donjon Grande Tradition Minervois 2009 (275578, $12.95) speaks directly of its mineral, Minervois roots. Brillat-Savarin might say this about the Donjon. “Tell me what you drink and I’ll tell you who you are.” The Châteauneuf-du-Pape aspiration of Kirsch with Daube is only deterred in the slightest by an aspersion of cherries steeped in quinine, but of a good kind. A “badger” of a red, fighting like Bernard Hinault and his two black eyes.  87