With the ides of October nearly upon us and cold winds blowing stronger out of the great white north, wine thoughts turn simply red. I’ve no plans to re-create the ancient Roman practice of the October Horse but I do intend to sacrifice a few slumbering bottles from the cellar. After all, there’s no point holding back the years.

Caution horses be weary you don’t crack open too many, not quite ready, aging wines. In order to defend that cellar, now is the time to get on the horse and pursue current release, bold bottles to fortify against the chill of impending inclement weather. Here are five rich reds to look for this coming weekend.

The history: Used in smallish quantities to round out Bordeaux blends. Has for more than a decade appeared as a single varietal species in Australia and now more recently, here in Chile

The lowdown: Something other varietal by way of Lontué Valley, a wine-producing sub-region of the Curico Valley, in the center of Chile

Korta Barrel Selection Reserve Petit Verdot 2010 (296608, $14.95,) like Carmenère pours a glass of tar and toast but here sidesteps green bell pepper and herb stem. In fact, this PV is  so polished the grape needs no blending as it is both the wine’s anchor and sail. Achieves a ripe fruit/briny olive dichotomy, where la figue meets les Lucques and la mûre connects with les Picholines.  88

The grapes: Carinena, Garnacha and Syrah

The history: Montsant lies in the province of Tarragona, forming a horseshoe around it’s more famous neighbour Priorat

The lowdown: Produced By The Can Blau Estate out of Catalunya, don’t expect a re-working of the wheel, but for the price at the gate, go to the show

Bula 2009 (292094, $17.95, SAQ 11666852, $19.00) trots out of the stable of new wave Montsant blends at a lope. Poised, purposed and purple pretty. Ligneous influence to anodyne effect in coffee liqueur. Smooth and blended until everything has agreed to become red wine. Waves of flavour and makes evident that textural reconsideration can be your best friend.  89

The history: Tuscany defined, Sangiovese is Chianti to the core

Mazzei Ser Lapo Chianti Classico Riserva 2007 (288530, $24.95) may cause intellectual and physical moiety due to a bold, morning mug of mocha driven, piazza juice but I wouldn’t kick her out of bed for eating biscotti. Say what you will but the Lapo displays a striking, Italianate, strada strut. A wine expansive and adorned as if she were the duchessa of an embellished palazzo.  90

The history: Burgundy’s heartbreak grape found true love in the Willamette Valley but Umpqua Valley is something other

The lowdown: Not fully tested southern climate for Pinot in Oregon increases the subtlety and  intrigue factors

Brandborg Bench Lands Pinot Noir 2008 (295238, $28.95) is bred from a locale not known for its speed out of the gate but when she spooks, she can pass any horse in the ring. Base and natural like bare hands and feet grazing the pasture. Cinnamon heart candy red and spice meets herbal, licorice twizzler. Perfect libation for the bright lights, social hour. “A festival every week, if this is what you seek.”  90 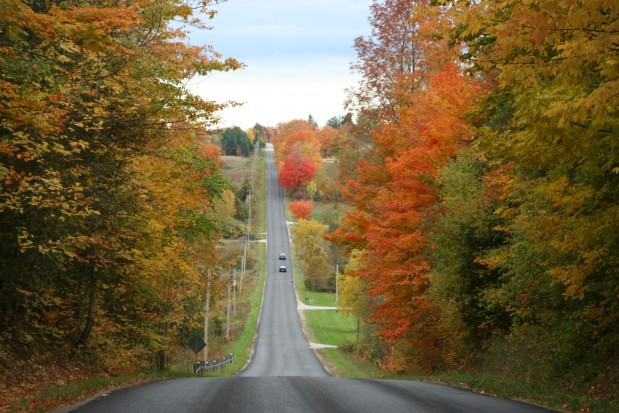 The history: The greatest expression of the grape has to be in Spain’s Ribera Del Duero, bar none

The lowdown: Alejandro Fernández may be the wine world’s greatest unsung hero. His “basic” Crianza wines can age beautifully for 10-15 years. The Reservas? Forget about it

Tinto Pesquera Reserva 2008 (323345, $39.95) ramps up the garriga tierra quotient. Savoury and spicy, flanked by chalky, grainy tannin and a pulchritudinous, primordial tobacco aroma that tendrils around, as tobacco smell will. Sickle hocked, over at the knee, toes in. Inviolable Tempranillo.  92

3 comments on “The hunt for red October wine”