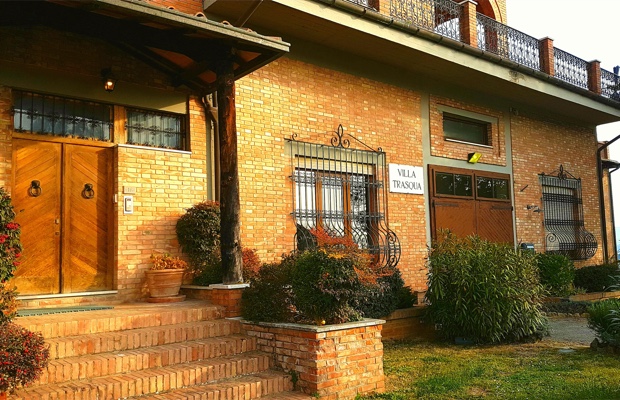 I had been to Villa Trasqua once before, in May of 2016. Proprietor Sven Hulsbergen was more than kind and generous to say I would always be welcome back, so I took him up on that offer and returned in February 2017. I joined Sven and Villa Trasqua’s Export Manager Giorgia Casadio for dinner and to taste through the estate’s current releases, not to mention some spirited conversation and debate.

Related – The most important red wine from Italy

The following day in Florence inside Stazione Leopolda at Anteprime’s Chianti Classico Collection 2017 Sven and I run through the wines again with two Villa Trasqua associates, Francesca and Guilia. It is nearly impossible to gain a true sense of an estate’s Chianti Classico through the nadir scope of a single 12-hour window, even by tasting each bottle twice, yet such an ascent towards conceptualization and visualization leads to a higher probability of ken. I could not do this with just any Chianti Classico but Villa Trasqua’s wines are both encouraging and enabling. When sangiovese opportunity knocks, Godello walks through the varietal door. 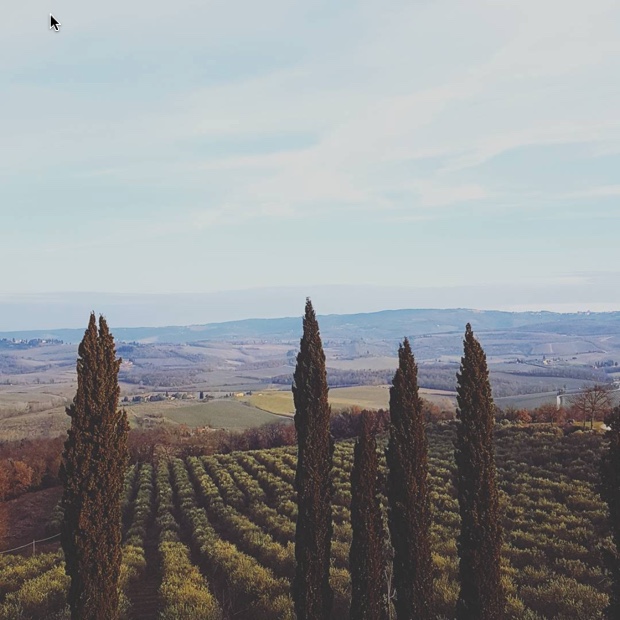 A restful return and new visit with the #chianticlassico of #villatrasqua #castellinainchianti Thank you Sven. Thank you Giorgia. #graziemille

Located north of Siena in Castellina in Chianti with Monteriggioni rising majestically above the estate, Villa Trasqua is built around the ancient and exceptional vineyard known as Nerento. The estate dates back to 1965 and cultivates its 120 hectares and 10 vineyards in the oldest part of Castellina in Chianti. Trasqua is owned by Swiss brothers Sven and Alan Hulsbergen. Organically farmed vines and the gravity fed winery built on several levels are overseen by oenologist Franco Bernabei and Director Armand Metalla. The estate is represented in Ontario by Frontier Wine Merchants.

I tasted four new releases from Villa Trasqua, all from earlier vintages than the norm shown at the Chianti Classico Collection and held back because time in bottle is your ally and your friend. This is one of the ways that Bernabei refuses to let the estate’s wines melt into a puddle of conformity. The wines are not merely executed on behalf of comfort’s sake or stylized to emulate wherever the sangiovese grass is greener. They are specific to the soils with Nerento at the epicentre of it all.

The team at Trasqua takes what the land gives and allows each vintage to speak on its behalf. There are no forcing square pegs into round holes or the stealing of phrasing from other regional, or even more parochially, Castellina in Chianti micro-locales. Like love, sangiovese from Chianti Classico can’t be owned because no two are the same and Villa Trasqua’s are no exception but, they are becoming increasingly exceptional and each are their own emotive exemption. Here are the notes.

Trasqua’s from the Hulsbergen brothers (Alan and Sven) out of an idyllic, naturally rippling and undulating Castellina in Chianti bowl is 100 per cent sangiovese. I have to admit to fully agreeing with Sven when he tells me “you can drink this with red sauce.” I did in fact retroactively follow-up on this and tasted it alongside one prepared by him at the estate. The round, soft yet structured CC was, for the vintage and the pasta a perfect match. It’s that simple and you should try it, on a Monday night, as we did, in Chianti Classico, or anywhere else. This is traditional (perhaps even more so that their 2012) with its tart and edgy red fruit and some tannin. More than that is its smoke and smoulder, coming as it has from eight months in big barrels, eight more in concrete and finally, steel. Drink 2017-2019.  Tasted twice, February 2017  #VillaTrasqua   Villa Trasqua  @HULSI_II  Frontier Wine Merchants

Though not declared on the label Fanatico is 100 per cent sangiovese in 2011 and very much in line, vein and style to the Annata Chianti Classico. The Bernabei entusiasta/amatore/appassionato for Trasqua’s exceptional Castellina in Chianti terroir comes across with CC amplifications so this does by its nomenclature in attitude, acidity and big red fruit. To stay clear of hyperbole balance was key to the vintage and here struck with firm, grippy and almost gritty amplitude. As a result it’s nearly atypical to traditional but it speaks to the specificity of Trasqua grown sangiovese. Drink 2018-2023.  Tasted twice, February 2017

Nerento lies at the heart of the Trasqua Vineyards and the vines take root in the deep red soil. The name might be mythical, a tree of life reference or from the Latin “nerent,” meaning courting. This is Gran Selezione that courts like a suitor, charming and suave but built on power and a deep liqueur, like at the bottom of a pure well. The sangiovese is still very kissed by wood and locked shut. The first bottle (over dinner) needed more than one hour to open, eventually releasing fresh florals (violets especially), herbs, savour and forest floor. The second bottle next day was not so eager to do the same. This is compact, woven, textured and refined sangiovese with forceful (and the promise of) delicate tannins. Drink 2019-2026.  Tasted twice, February 2017

The IGT foray takes half sangiovese to mingle with two cabernets (35-40 per cent sauvignon and 10-15 franc) from the sandy Trasqua soils abutting Nerento. The name also combines and returns the estate to the earth. The conscious life of this blend centres around a currant crunch and a current of simplicity to solicit early and repetitive consumption with meals. This was bottled in May of 2016 so is now just coming into its window. There is a peaty, smoky note from the oak and this is one instance where sangiovese does not dominate, control or reign. It’s both rich and firm, typically Bernabei in style and with a tannic, beneficially bitter finish. IGT of a democratic and discreet kind. Drink 2017-2019. Tasted twice, February 2017

2 comments on “A Chianti Classico return to Villa Trasqua”