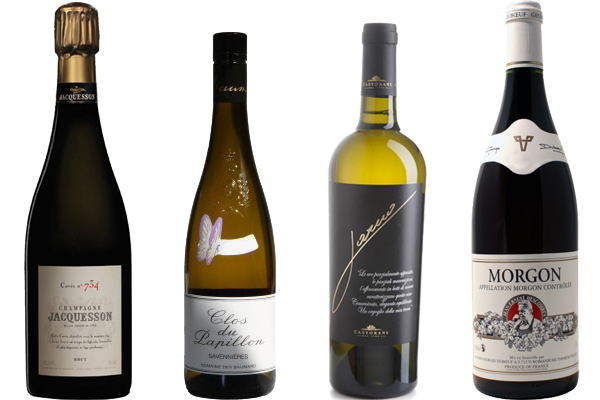 Wine writers are rarely accused of being overworked. Tasting through 100 wines at a sitting requires effort and focus but it’s still got nothing on Mike Rowe. There is work and then there is play, like accepting an invitation to dinner prepared by a passionate and skilled cook, with a bottle of wine the price of admission. Talk about a no-brainer.

On Friday night I dug deep into the cellar for a ’97 Tuscan and joined five fellow geeks, “The Wine Dudes,” for an adventure ride through 10 wines from 4 countries. A line up to leave oneself in bewilderment and utter presence. Wines of yeast, lees, late harvest and élevage en cuve. Wines made by celebrities, of iconic status, from historic locales, in times of peace and in times of war. What a trip. 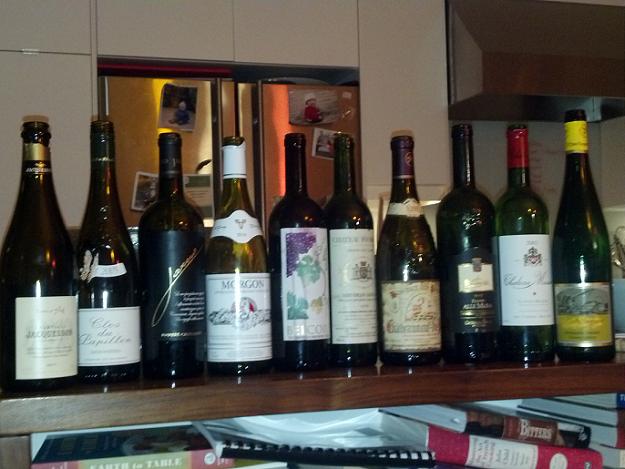 Domaine des Baumard Savennières Clos du Papillon 2005 by way of a note from JM is “really impressive with the bisque. Balanced richness and spiciness echoed the lobster, refreshing orchard fruit and dry honeyed finish, with lots of minerality to match the crushed shells.” Also from BE, “a honey pear start,  nice acid on the finish. Beeswaxy Sav nose.  Surprisingly harmonious match with the bisque. Rich enough to go toe to toe, but sharp enough on back end to cleanse palate.” Seems to me it “floats like a butterfly and stings like a bee.”

Podere Castorani Jarno Bianco Colline Pescaresi IGT 2006 (111690, $59.95) released back in June 0f 2009 is now a bronzed, verging on patina Madeira cocktail. The oxidation is philosophical, post-secondary and welcome, like finding a ’75 Chablis from the depths of dad’s cellar, opening, tasting and reveling in its ability to survive. One of a kind formula blend of Trebbiano D’Abruzzo 70%, Malvasia 20% and Cococciola 10% from Italian race car driver Jarno Trulli. Piques intrigue and opens a new dossier to white wine investigation.  89

Georges Duboeuf Morgon 2010 (946186, $18.95) is Gamay defined, chipper and jocund. The simpleton whose heart is revealed after stripping away its body. A cold pull of pressed plum, gateway and seamless segway to bigger reds.  87

Château Fonroque St. Emilion Grand Cru 2000 unseats Talbot as the non pareil Bordeaux coalescence of value and longevity from that vintage. Resolute to immaculate balance, black fruit steadfast against crumbling tannins and yet I can see this pushing on for 10 or more. “You like drinking ghosts,” says JM. Yes I do, yes I do.  93

Bosquets Des Papes Châteauneuf-du-Pape 1998 is deep into tertiary life, displaying prune and dried, Amarone-like fruit. Hangs on with nary a sign of further development or decline for hours so good on the Papes for its frisson of retribution.  90

Castello Banfi Brunello Di Montalcino Poggio Alle Mura 1997 is bloody in so many ways; good, hell, yeah. “Like killing a stag and eating it” or ” like peeling a scab and eating it” is over heard. The elixir is pure silk, the fruit dark and divine. To be honest, this ’97 (nice coincidence) Brunello has entered a La Vita è bella window. All I can say to the now bite-less and bella Banfi is “Buono giorno Principessa!”  93

Château Musar 2002 (109413, $54.95) from the Bekaa Valley, a place more famous for air strikes than grapevines. The Bordeaux blend is here exceptional, prodigiously candied like Sonoma Pinot a la Merry Edwards, but with an added depth of ash and earth. A sponge of lush red fruit, “gargle material,” notes chef. Spends seven years in their cellars. In a peaceful world it would be called a shmita. Lebanon’s vinous muse.  91