It’s the current war cry by the voices of those who know. A plea and a calling to Canadian growers and winemakers to plant and bottle more Gamay Noir. A proclamation in favour of a great grape and one that forges signature wines out of Canadian soils. I am an ardent supporter of and a willing rider on the Gamay bandwagon, in the name of connaitre and savoir, kennen and wissen, recognition and understanding.

They are ostensibly all climatically cool, the wine regions of Canada. The Okanagan and Similkameen valleys of British Columbia, the Niagara Peninsula, Lake Erie North Shore and Prince Edward County of Ontario, the Annapolis Valley of Nova Scotia and Monteregie of Québec. But, it’s not just about the weather anymore. Existentially speaking, Canadian wine is cool.

Gamay is the grape of Beaujolais in east-central France and the principal variety of that immediate geographical neighbour to the south of the world’s most influential and serious of all wine regions, Burgundy. Thin-skinned, low in tannin and often in acidity too, Gamay has for centuries played last fiddle and ugly cousin to Pinot Noir. With the rise of the Beaujolais Cru, that is, red wines made from recognized and identified plots within appellations like Moulin à Vent, Brouilly and Morgon, Gamay has left the orchestra pit and is rapidly gaining solo notoriety. Beaujolais is no longer nouveau. It’s old hat.

While I wait for the #GoGamayGo network to convince our councils, marketing boards and vintners to establish a Canadian Cru system, or at least a comprehensive tasting of Canadian Gamay, I’ll turn my attention to our French forefathers. 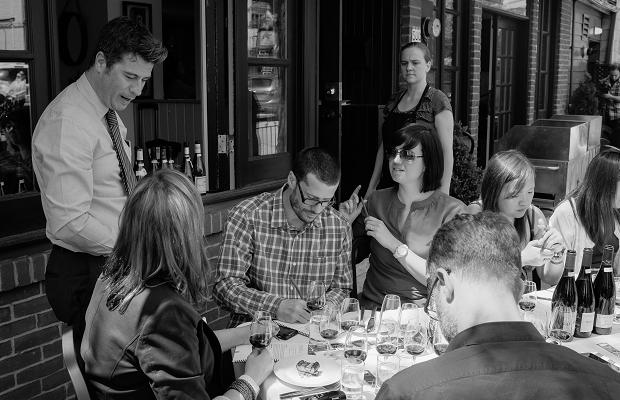 On Wednesday, May 15th, The Beaujolais Wine Council, led by Anthony Collet of Inter Beaujolais and with the assistance of the Siren Group, hosted a wine tasting at Acadia Restaurant. Five ineluctable courses ushered in 12 diverse Beaujolais. The patio luncheon featured Indian, Korean, New Orleans and Portuguese barbecue created by chef Patrick Kriss. Chef’s plates are like holorimes, simple yet complex, parts seemingly unrelated yet bound together by rhyming flavours and techniques. Food crucially matched to Gamay ready to be reckoned with. The least of which made for simple, pleasurable drinking, the best as sang-froid, cellar worthy candidates. Here are the notes.

Bouchard Aîné & Fils Beaujolais Superieur 2011 (9431, $11.95) the fresh fruit maker shows some mid-life separation in peppery kick though it’s really quite round. Leads my table mates and I to believe it should be semi-chilled in good ones and over-chilled in less than good vintages.  86

Jacques Dépagneux Morgon Côte Du Puy 2011 (299925, $18.95) is possessed of the appellation’s basic lexical features, that is morphemic, mannish, “spell mmm, aaa child, nnn” linguistics, in smoke, spice and acidity. Goes deeper than non-Cru Beaujolais, if it’s just a bit leaner than when I first tasted it last November. This Gamay speaks in muddy water, beefcake tones now but may not be talking as proud as time goes by. Very good but not quite great example.  89

Domaine Joseph Burrier Saint-Amour Côte de Besset 2009 (11154419, $25.85) confounds by holding out a yes or no answer as to its possible ringer status. Inscrutable Gamay, puckering in dried raisin and cherry, but also sun-dried tomato. Baked, nearly tawny, sullied even. Clearly a child of the searing vintage, hefty and despite the cooked character, it matched quite well with the piquant chicken.  87 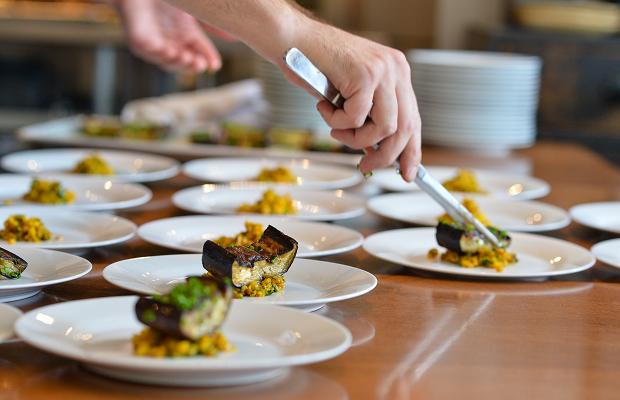 Château De Pierreux Brouilly 2011 (5496, $18.95, SAQ, 10754421, $20.15) is wondrous Gamay, clearly defined by aromas of juicy berries and all things forest. I could enjoy a boatload of this floral Brouilly without ever taking a sip. Further to that it starts out soft, vanilla relaxed, glides in confident refinement then spikes in smoke, tar and heat on the back palate. Could use a chill.  88

George DuBoeuf Beaujolais-Villages 2010 (122077, $12.95) is a blast from the past, a parson’s project that wants to be juice but really it’s just pink turning red drink. Pink, red, sugar, water…drink. Certainly the most “nouveau” of the lot, this “catch twenty-two” bottle represents everything the region is trying to avoid and diversify away from. I will admit there is a touch of earthy complexity, just enough so to give it a lifeline and value.  85

Domaine Piron-Lameloise Chénas Quartz 2009 (240481, $22.50) the flamboyant and flirtatious one is like a (clears throat) mini Brunello. Cherry, rose, tea, cedar and sandalwood seem so Sangiovese in a Grosso way. Who knew ’09 Beaujolais could seem so Tuscan.  90