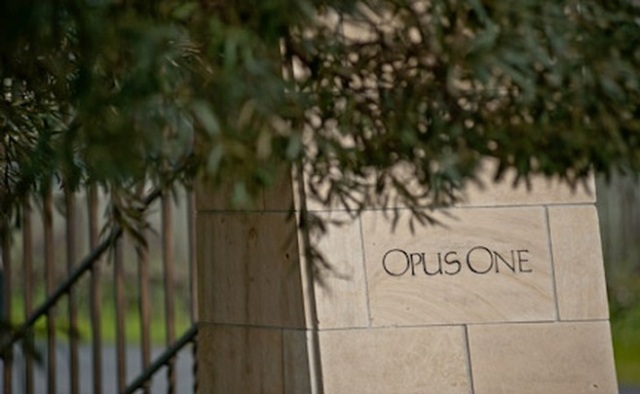 David Pearson has been the CEO of Opus One since February of 2004. His job is both simple at heart and complex of mind. Two legendary wine men, California’s Robert Mondavi and Bordeaux’s Baron Philippe de Rothschild combined (in 1978) to create one of Napa Valley’s most iconic wines. “At its core, Opus One is an idea,” relates Mr. Pearson. The wine is a blend of Mondavi and Mouton, a reflection of the character of two families.

Pearson is responsible for all production, marketing, sales and administrative activities at Opus One. He is the caretaker of a single bottle of wine. Can there be another brand, anywhere in the world (not called a First Growth) that carries such weight or specificity of concentration? The job requires serious moxie and intuition. The soft-spoken David Pearson is Opus One. That much is clear. Thirty-five years later “we’re just at the beginning of the process,” explains Pearson, “In evolution, of developing this great marriage.” For the uninitiated, Opus One is a Bordeaux table blend of the traditional five varieties, Cabernet Sauvignon, Cabernet Franc, Merlot, Petit Verdot and Malbec, made in a “California style.” 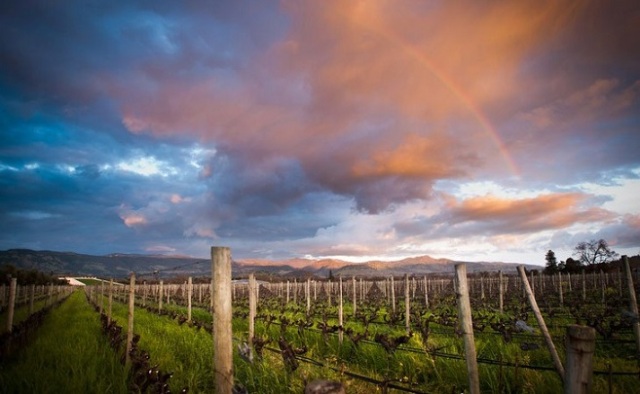 It started as a pure concept, with no actual vineyard, in the Baron’s bedroom back in the 1970’s. “The wine is a child that resembles its parents,” notes Pearson. He sees its growth has now reached a maturity stage for individual vintages to be judged as either that child or as an adult. Pearson, Craig de Blois and Mark Coster of Noble Estates brought four vintages of Opus One to Luma Restaurant on March 27th. Pearson asked that the group of sommeliers and wine scribes decide which of these wines have left their parent’s home. The exercise seemed simple enough, especially with a level of clarity made readily available by the fact that all four vintages poured were fostered and nurtured by current winemaker Michael Silacci. Silacci joined Opus One in March 2001 as director of viticulture and enology and became winemaker in January of 2004. After tasting a stunning set from 2010, 2009, 2006 and 2001, the solicited clarity was revealed.

All natural acidity, an ever-earlier picking stratagem and less frequent racking define the Opus direction. The Opus team considers their winemaking “minimalist” and though in wine-speak that is certainly a relative term, as a group the wines do present with a meritorious level of fruit purity. That can’t be said for many Napa Valley brands that seek more hedonism than is often necessary. Saying that the price of a bottle is inflated by a historical elevage of personality and fashion branding neither does Opus One an injustice nor does it relegate the commenter as a castaway to a deserted island. Opus One is a brilliant and gorgeous red. It’s also very expensive. 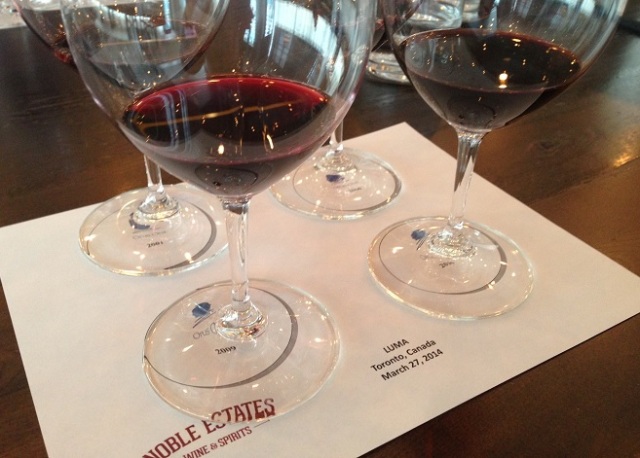 Opus One 1989 Unbelievable. A lesson in Napa iconoclasm. What every great 22-year old New World wine should strive to become. In harmony with every part of itself; fruit, tannin, acidity. Beauty within and without. Dark, sultry, full of all things berry and oak. The full gamut of red and black fruit, vanilla, mocha and chocolate. Like walking into your childhood and being handed the keys to Charlie’s factory. Another M gem.

2010 (WineAlign) The blend is Cabernet Sauvignon (84 per cent), Cabernet Franc (5.5), Merlot (5.5), Petit Verdot (4) and Malbec (1). Fiercely approachable, a rope of gemstones falling effortlessly into the palm of a velvet glove. Imminently modern, reeking of toothsome Napa and working without Old World parental support. Dense texture, high acidity and exceptional length. Layers upon layers of fruit powered by audacity and prowess. Even this formidable ’10 will struggle to find immunity from the weird vintage. It’s ripe, anything but green and manages an admirable level of elegance. Lives for today. Will it age like its older siblings? Yes, but not as long.

2009 (WineAlign) The blend is Cabernet Sauvignon (81 per cent), Cabernet Franc (9), Petit Verdot (6), Merlot (3) and Malbec (1). The immediate and obvious cerebration is all about its incredible sense of balance. A garden of perfume, the most Bordeaux-bent of the tasting and a mineral reverberation carried on through a seemingly never-ending finish. Blessed by a long and sweet chain of tannin. This ’09 has that Mediterranean brush stroke of garrigue and black olive smothered by a smear of sun-drenched California fruit. Another challenging vintage where picking time was so crucial. That September 21st to October 20th window must have been the right one. 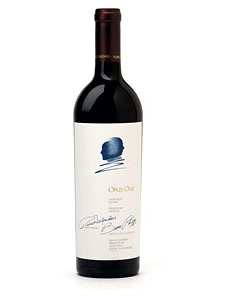 2006 (WineAlign) The blend is Cabernet Sauvignon (77 per cent), Merlot (12), Cabernet Franc (5), Petit Verdot (3) and Malbec (3). A kinaesthesia with age is sent forward by the tertiary complexity of its make-up. Dusty, still marked by acidity, along with a note of toffee and a raisining of the fruit. Savoury too, in gentle middle-age, it gives away strange sensations and aromas that suggest a potpourri of powders; rose, bacon, espresso and Filé. Full of grace and contentment. A cool year that saw no end-of-year heat spike, this is a most unique Opus one.

2001 (WineAlign) The blend is Cabernet Sauvignon (87 per cent), Merlot (6), Malbec (3), Cabernet Franc (2) and Petit Verdot (2). The ’01 conjures up instant funk and “the beat is really soothing.” The Bretty streak stretches, dissipates and is cleansed as the wine aerates, but the groove lingers on. An Opus that clearly states “I got my mind made up.” Of the vineyard and for the vineyard, with a note of wet forest. The Bar Mitzvah boy is acting as one would expect, as an agent to a coming of age law, like a leather satchel filled with dehydrating, concentrated fruit. Swirl some more and that jerky is then drizzled by a Mickey of berry liqueur and dusted by 13 year-old dirt. A vintage defined by 14 per cent alcohol, still vital, powerful and neo-gritty. Forty-five minutes in, the lingering funk is fading but the thought, the chalk and the grain sends this Opus One back across the Atlantic, to the world of Mouton.