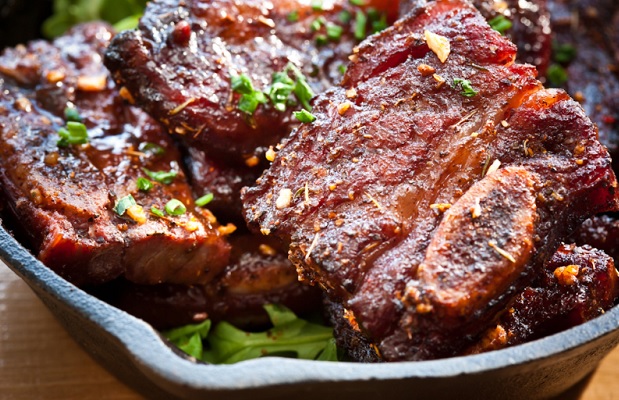 The Torah says, “Guard the month of the spring, and make [then] the Passover offering.” Meaning, Jews need to ensure that Passover is celebrated in the spring. In Canada that proclamation was in danger. Had Passover fallen in March, 2014 may just have seen the coming of the apocalypse.

An understanding of the rules and laws that govern wine on Passover is on a need to know basis. There are really just three key variants of information essential to purchasing and consuming on Pesach. This applies to Jews and non-Jews alike.

Number one. Passover wine is specific to a Jew’s level of Kosher. From Reform, to Conservative, to Orthodox, all Jews have different variances of belief. A Reform Jew will likely drink any wine on Passover and then again, may not. But, he or she will almost certainly not require the bottle to be Mevushal. A Conservative may only drink Mevushal but in more cases than not, Kosher is good enough. An Orthodox Jew goes it only one way, or the highway. Strictly Mevushal KFP, do not pass go, do not collect Afikoman (the broken Matzah) money.

In 2012 I spent some time on the limiting, frustrating and constipating food component of the ancient Jewish holiday. “Try cooking with and having to eat nothing but Matzo, eggs and oil for eight days.”

Kosher wines migrate bigger and bigger with each passing Lunisolar calendar year and their not so arbitrary inclusion or not of an intercalary month (shanah meuberet – Adar I) added in the 3rd, 6th, 8th, 11th, 14th, 17th and 19th years of the 19 year lunar cycle. Israel continues to race towards big, lush, often high alcohol reds. This trend could be seen as a masking or a compensating/mitigating strategy to oppose the rigors and past failings of making Kosher wine. It can also be viewed as a stylistic choice, to mirror what has taken place in Bordeaux, in California and in Australia for the past 20 years.

In Canada, Kosher wine selections are extremely limited. There are smaller, garagiste producers in Israel, especially in the hills surrounding Jerusalem, that are making fresher, less oaked reds, but good luck seeing them on shelves on this side of the ponds. It was refreshing, however, to find the Kosher contingent on the VINTAGES March 1st release to be Israel-focused. In past years the group was dominated by Australia, Italy, France and California. Israel is making the best Kosher wines on the planet. Go figure.

Rich, unctuous and viscous. Soft and discreet, more like a modern, New World sketch of a Grenache Rhône-blend than a warm climate Chardonnay. There is little or no affront to this clement and polite Israeli of scant tension or acidity.   Tasted February 2014

From winemaker Victor Schoenfeld, the stylish “G” will answer the pecuniary call for just about any Passover feast. Well-rounded, worldly, soft-spoken and generous of fruit. A 100 per cent Cabernet that knows its way around a blackberry, a ripe plum, a bouquet of violets and a chamber of faint tobacco smoke. Lush but not heavy, the only detractor is a slight caramel, oxidative note that indicates near-term consumption, which is basically a given anyway. The finish hints at a lava flow in the direction of the fourth cup, but because this G is so easy to drink, it should be enjoyed while still at the table.  Tasted April 2014

Alon makes use of Syrah to create its party mix, to work with 41 per cent Cabernet Sauvignon, 6 Petit Verdot and 6 Cabernet Franc. Another monster red blend, coming in hot and huge at 15.5 per cent alcohol. For the price, what more can you ask for? Passover may be a four glass exercise but two through four are top ups so it’s really a two glass night. This wine will not ruin your 2nd Seder morning wake-up after consuming a maximum two glasses at the 1st Seder. Rich, mocha berry driven shake, spicy and with non-invasive meaty aromas. Hot, sweet and bothered.  Tasted February 2014  @azureau

Proper Bordeaux aromatics, of tobacco, tea, black currant and grilled meat. Nothing gritty going on here, all four varieties playing a role and hanging together. With good tannins, sweet sinuous and slinky, this is a very versatile Passover red that will also benefit from a year or two in bottle. Better than average value.  Tasted February 2014

In an unusual turn of the earth, this smells like someone dropped a piece of Emmental to melt in the heat upon the must of this Shiraz. It does swirl away and a solid core of red berry remains, though for just a spell. Simple, semi-structured and proper, without hard edges or tannins, but falls quickly. Will work well with many Passover flavours but drink it up in 2014.  Tasted February 2014

This Aviv consolidates Bordeaux, Piedmont and the Rhône into one complex and perplexing blend within the confines of a single bottle. The Northern Rhône meatiness of the Shiraz stands out firm and at attention, essentially suppressing the Meritage marriage intent and thus renders the wine monochromatic. Still its lively and spicy, ready for the bigger and more pungent foods on the Passover table. The Shiraz might say, “this is a crisis I knew had to come, destroying the balance I’d kept.” The other varieties, meaning Merlot, Cabernet Sauvignon, Petit Verdot, Cabernet Franc and Nebbiolo are the silent partners in this polygamy of a wine marriage. They play their parts despite the joy division.  Tasted February 2014

The Yiron is a beast but because I am so pleased to see the Kosher feature composed of all Israeli wines (as opposed to Australia, France, Italy, Argentina and Chile) I am focused and ready to work with anything on this table. Despite the 15.5 per cent alcohol and plethora of oak treatment, this blend shines in rich, meaty and anise-spiked flavours. The mix of Cabernet Sauvignon (60 per cent), Merlot (35) and Petit Verdot (5) may seem monstrous but it is not stupidly expensive now and in relation to what it cost in previous vintages ($50). Though certainly not a wine of elegance, grace and restraint, the Yiron pulls no punches and remains true to its warm climate conditions. It is what it is.  Tasted February 2014