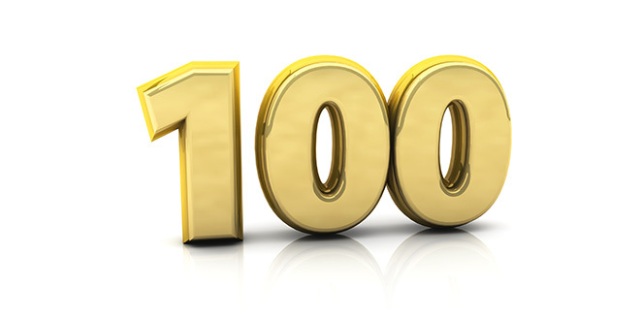 Is the rating simply a tool understood within the context of marketing?
Photo: Maria Vazquez/Fotolia.com

As time goes by, I am hearing less comments like, “well that one got a 95,” and “that one is better value because it got a 90.” Wine ratings may increasingly becoming maligned and less frequently employed but that does not mean they don’t have their place. Scores continue to be necessary as a way to evaluate wines that lack a certain level of honesty. Wines on the edge of being dodgily made, encumbered by heavy-handed, industry-fed, mass marketing machines. Scores separate and differentiate the wheat from the chaff when dealing with over the top residual sugar, hyper-acidification, bloated alcohol and (lack of fruit) masking. Embrocating one Malbec an 85 over another’s 84 makes a comment on the relative validities of those two sweetened confections.

Attaching a rating to a tasting note is not a question of right versus wrong. Ratings measure a bottle of wine against its peers. That is the simple answer. The problem is that the tasting experience is a subjective one and each reviewer has personal preferences, so in order to align with one (or more), the consumer must self-calibrate alongside a critic whose palate they’ve figured out. Very difficult to do, so relying on scores has always been the easiest road to travel.

Part of the problem is that tasting notes, on their own, are often fleeting and impossible to grasp. Guilty as charged. Fred Swan put this is the most eloquent terms. “Tasting notes are like photographs, portraying a subject at one brief moment in time and without a back story.” If tasting notes are just snapshots, is that not compelling testimony as to the need for an accompanying score? Or is the rating simply a tool understood within the context of marketing?

Jamie Goode’s take. “I find myself in a tricky position: I use points even though I don’t like to because readers find them useful. And I have to calibrate my scale with the major critics. This pushes me into a corner.”

Still the debate is growing and for good reason. The wine community is tiring of seeing scores, especially those tabulated using the Robert Parker Jr. anointed 100-point scale, attached to a critic’s wine tasting note. The question has always been this. Why would you need scores to sell wine?

Mr. Parker feels so strongly about the entrenched longevity of his system that he’s announced the launch of a new lifestyle magazine called “100 Points by Robert Parker.” Does this sound like a last gasp fling from a captain going down with his ship? Bill Zacharkiw seems to intimate the idea, but the Montreal Gazette wine critic is smarter than to lash out and drag anyone through the mud. Taking a high road, Zacharkiw writes, “from grapes to wine styles, there is truly a wine for everyone. I have my taste, you have yours, and Parker has his.” No, nor scores neither. Nor scores neither.

The fervor and sometimes rage in the argument reminds me of the (second) most famous of Hamlet soliloquys. “Why it appeareth nothing to me but a foul and pestilent congregation of vapours. What a piece of work is a man!” Most of the voices chiming in on this hot topic only see the ratings world in black and white. There are more shades of grey than many would freely admit. Scores have their place.

Meanwhile, Decanter is reporting that Château Pontet-Canet made a bold decision to test (more than 20 years) of uncharted waters by setting their en Primeur pricing in advance of the taste and ratings levies by the major critics. Since the nineties the likes of Parker, Decanter and Wine Spectator have all but determined Bordeaux Futures pricing. Pontet-Canet’s move is being seen as another nail in the 100-point coffin. One Bordeaux négociant commented, “If other chateaux follow this same pricing model, we might as well go home now.”

The real issue is the bottle itself. In the new world of wine, who has not thrown new stock and a vested interest into wines made naturally, in sustainable, biodynamic or organic ways? Who has not made a resolution to drink more honest wine? Producing good wine still trumps the natural theatre of viticulture and viniculture but honesty is the new order. Honest wines should go forth and be free of wine ratings.

Wine scores can be ignored if we concentrate on what matters. Like apiculate yeast, fermentative vigor, microflora, clonal selection and soil. We also need to talk more about and mention flaws, like chlorinated compounds, hydrogen sulphide and volatile acidity. These are things that are too often brushed under the rug.

I will continue to post ratings of the wines I review on WineAlign because as a community of critics we offer a round table of opinions that allow the wine buyer to make gathered, educated and informed decisions. In consideration that this forum is a singular expression of opinions, this column will no longer attach scores to tasting notes. It’s quite obvious, plain and simple. I only write about honest wines for canada.com. The prose speaks for itself.

With spring beginning this Friday, no joke, here are the last of the great big winter reds. Five wines recently tasted that thrilled by way of their fairness, their honor and their virtue. Wines that need no score.

Stands out for its honest fruit, this Mendozan from San Roque district in Maipú county. Qualified by an admirable level of restraint, low in residual sugar and alcohol, straightforward, unencumbered. Winemakers María Eugenia Baigorria and Sergio Giménez have let the fruit speak in clean, level tones, in red berries, licorice red and black, a dusting of spice, red cherry and even strawberry. This is textbook hands off winemaking with nearly exceptional length and simply solid from start to finish. Mi sueno, mi terruño.  Tasted March 2014

Francois Morissette’s 2010 is a pioneering example towards defining Bench appellation Cabernet Franc isomeric reactions. Relationships between grapes of a growing area and their ultimate destination in bottle. An affair of veraison, leaf drop, frost, hand harvesting, whole cluster sorting and berry oak fermenting.  Indigenous yeast, punch downs and overs for phenolic skin extraction and polymerization. Neutral oak and sulfur dioxide to provide antimicrobial and antioxidant protection. An eighteen month somniac’s rest, fine lees and no filtration. The structural arrangement in cohabitation of radicals and ions leads to such a Cabernet Franc. Fully expressive of an endemic, very ripe, vegetal varietal vicissitude that is both inbred and necessary. Currants and peppered berries of power and grit. Dry (2 g/L residual sugar), plump (13.7 per cent alcohol) and scarce (618 cases made). Reflective of the warm 2010 vintage and will always act in stark contrast to the elegant 2011.  Tasted July 2013 and March 2014  @PearlMorissette  On the card at Barque Smokehouse

A re-release showing an exuberance of advanced character. Now acting out the strikingly rich and golden vintage, in Lamé and gilded iron. Speaking a most Tuscan, elite vernacular, already recognizable and evolving into its own skin, with a notion towards herbaceous, dried fruit. A classic pasta and roasted meats red wine. Nonna’s Trattoria kitchen in a glass. Drying just a touch, so drink up. Earlier note: “Slight earthy funk, imparted by the vineyard floor and in part from the wood. Sappy, resinous, distinctively warm-blooded, plummy fruit. Tuscan tang though light on pucker.”  Tasted October 2013 and March 2014

A seminal bottling from a game-changing year, for two all important reasons. One, it was a great vintage for Napa reds and two, the Mount Veeder sub-appellation was established. While only 24 years ago, a mere five wineries existed there at the time, including Mayacamas, Mt. Veeder and Hess. No hyperbole to say this is tasting a piece of history. Despite my “shouting all about love,” this splendidly aged Cabernet is not so much about resilience as it is persistence and infinite wisdom. All those years ago there were Napa reds made at a mere 12.5 per cent alcohol, with finesse and a sense of George-like calm. With little aeration there is fig, prune and toffee gently weeping but with air the aged fruit is swept away by a wave of gob stopping Cassis before its time. Preconceived notions of banausic, early days Cabernet are smothered by the magic dust of this Hess religion, a Dharma of licorice, ash and enlightenment. A wine to make you forget where you are. Depth, length and up to a half decade yet of reserved life lay ahead.  Tasted March 2014  @HessCollection

A blend that in 2010 is extremely high in Cabernet Sauvignon (86 per cent), with support from Merlot (12) and Petit Verdot (2). Immaculate hue in blue jasmine meets red ochre, echoed by blue and red fruit aromas. A purity of freshness and an exotic perfume distracts from the absurdity of the price, if just long enough to become intoxicated by its qualifications. It really does have it all. Red velvet layer cake made of the finest chocolate, the world’s least refined and highest quality sugar, spices only found in places reached and hand-picked by agile, primate-like humans. So approachable and marked by sweet tannins that will carry this Saint Estèphe for three decades.  Tasted March 2014

5 comments on “The death of wine scores?”