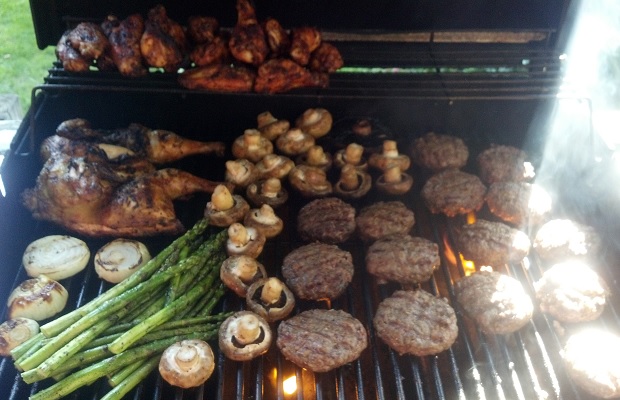 Niagara’s Cool Chardonnay Conference is but three days away so in anticipation I’ve drawn up more tasting notes for three that will be on hand at the great #i4C14 event. The wines made by Thomas Bachelder, 13th Street and Sumaridge are all extremely different, stalked from disparate soils and assembled in ways to render them disconnected by their very specific varietal vicissitudes. This is what you get when you seek Chardonnay.

Charles Baker does not make Chardonnay, but no other winemaker in Niagara does Riesling in such a focused, micro-specific way. Baker’s Ivan and Picone Vineyards are to Riesling as Wismer, Saunders, Quarry, Robyn, Mottiar and LCJ are to Chardonnay. Like Johnson in Oregon. Like the granite and quartzite ridges of South Africa’s Hemel En Aarde Valley. I’ve tasted Baker’s Rieslings going back to 2006 over the past year or so. Their evolution shows conceit extracted from limestone and a tempering from hot to cool. Riesling too is très cool.

Here we actually have three Chardonnays with one hailing from the exceptional June’s Vineyard. Yet another example of nuanced Niagara, a plot of land in the 13th Street empire that will one day be recognized for its soil and receive Cru status. The grand breakdown needs to happen, not yet, but in another 10 years time when the obvious can no longer be denied nor held down. A time when VQA, winemakers and their terroir decide to come together to celebrate individuality and progress. 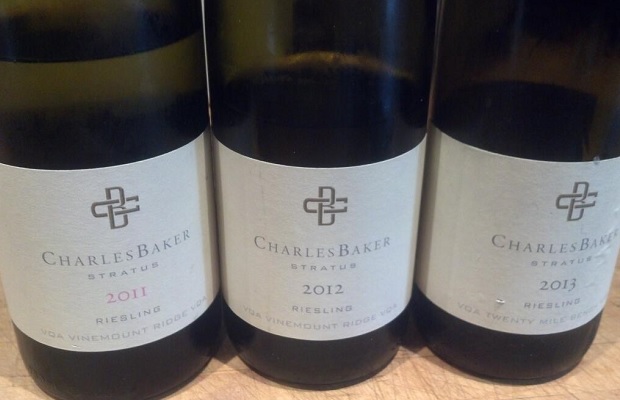 Chardonnay should always be a product of the vineyard and this ’12 June is just that. Everything it is and more comes amplified by the vintage; the sweetness of the fruit, the peat earthy, camphoraceous terpene aroma from clay and sand loam, and the leesy, chalky texture out of yellow limestone. Depending on preference, this June may be construed as over the top or layered with all the goodness of the great 15 year-old, Fifth Avenue vineyard. Though she may exaggerate her terroir, in a toothsome, tart citrus and earthy tone,” and I know that June is true. She can be yorn too if you open up to her ways.  Tasted May 2014  @13thstreetwines

Welcome to the cult of Charles Baker Riesling. Baker’s vehement search for new Riesling territory materialized in the (Bob) Misek vineyard, a plot of rich limestone and sandstone that sits below clay, named after the grower’s dad. The 1.1 acres of Riesling within a 12-acre mixed planting just south and up the ledge from Highway 8 is just north of Tawse and just down the hill on the eastern side of Cherry Avenue. For this 2013 vintage the vines were 16 years of age, now into that sweet spot of adolescent maturity. Baker is hell-bent on delivering solid blue material from important fruit. “This is the driest Riesling I’ve ever made,” he points out with shy conceit. At 10 percent alcohol by volume you might want to imagine practical, nearing off-dry Germany but the comparison can’t be made. This is oyster wine, from a wonky weather, under cloud cover, great Riesling vintage. When it comes to the noble variety, “seasons don’t fear the reaper, nor do the wind, the sun or the rain.” Picked on average aggregate, in early October and with so much fruit in contrast to stone-grooved Picone, this Ivan is a friend to farmers, Romeo and Juliet. A Riesling that lives above ground. There are 198 cases made. Tasted May 2014  @cbriesling

Though it would be naïve to think every Chardonnay produced out of the Hemel En Aarde Valley is the stuff of grand cru, recent examples have done nothing but impress. Sumaridge joins Hamilton Russell and Creation on the Walker Bay dream team. Ocean breeze-cooled slopes and deprived soils of decomposed granite loam with quartzite manage rich fruit with cool ease. In this 2011 a most excellent trifecta of dryness (1.7 g/L), acidity (6.9 g/L) and PH (3.45) brings together texture and tannin. Though seemingly sweet it is anything but a cloying example. Buttery but mild in toast, quite piercing yet tempered by an herbal quality, not warm or balmy, but inexorably herbal. Schematically waxy, splashed by lemon and piqued by zest.  Tasted May 2014  @Sumaridge

A vintage that begged to be protected in the vineyard, meaning no leaf plucking and no thinning. A most excellent goal of (0.691895068 kg / m2), or 2.8 tons an acre was realized, as opposed to one in 2010. Heavy vigor slowed down the ripening (leaving that kind of tonnage on the vine), to an elongated balance. Comes from terroir Baker nods to as “a barren tundra,” which you don’t get down the hill. In 2012 there was no waste, no rot, no problems. Its residual climbs to 15 g/L but you’d never know it. There is a confit of citrus, a mellifluous sensation of preserved lemon. Total count is 600 cases. From my earlier, March 2014 note: “Baker’s iconic child yet breathes in unsettled, spumous emission from out of a warm vintage. So primary and such a hard act to follow. Vanguard Vinemount Ridge, arid as the desert and citrus, carbonic tight. Treated with cool, cooler and colder methods to seek result and strike balance in an opulent, lees-appertained, tangy finish. A Picone that says I don’t live today, so it is told and canvassed, “uh, get experienced, are you experienced?”  Last tasted June 2014

If Charles Baker got lucky, babe, or in my estimation, experienced with the outcome of his striking 2006, this follow-up suffers a sophomoric stenosis, if only because it was the hardest Niagara (hot) vintage to deal with and understand. The vintage tricked with a false front, teasing winemakers to push envelopes and many over did their wines. Had his fruit only spoken up and said “you better watch what you do to me, don’t get carried away,” the wine would show better seven years later. Yet Baker was savvy enough to manage the residual sugar by keeping it dry with tannin by way of acidity and PH. I agree this is one of the finer takes on Niagara Riesling in 2007. When stacked against other Bakers it pales because it’s evolving rapidly and it can’t be helped. The petrol quotient is sky-high, like a rumbling volcano, like bicarbonate. True to the Baker oeuvre it cuts with laser focus and linear drive.  Tasted May 2014

More specifically a product of its ocean meets sous terre soil than Bachelder’s basic (term used loosely) Chardonnay, the Johnson nicks more richesse, around and around fullness. Not to mention the cerebral wisdom of two Scots and a Charlemagne. Johnson’s progressive and forward thinking maker works with inconspicuous wood and the science of introducing oxygen into wine in a controlled manner.  He might say “for it is wisdom that we have for sale.” Like a white-winged dove, the 2012 will trod lightly towards a long walk to a very long life. It can be imagined aging to the edge of seventeen. The earthy feel, the salinity, not from tannin but from soil, “the music there, well, it was hauntingly familiar.” This is iridescent Oregon in a Bachelder voice. No doubt.  @Bachelder_wines