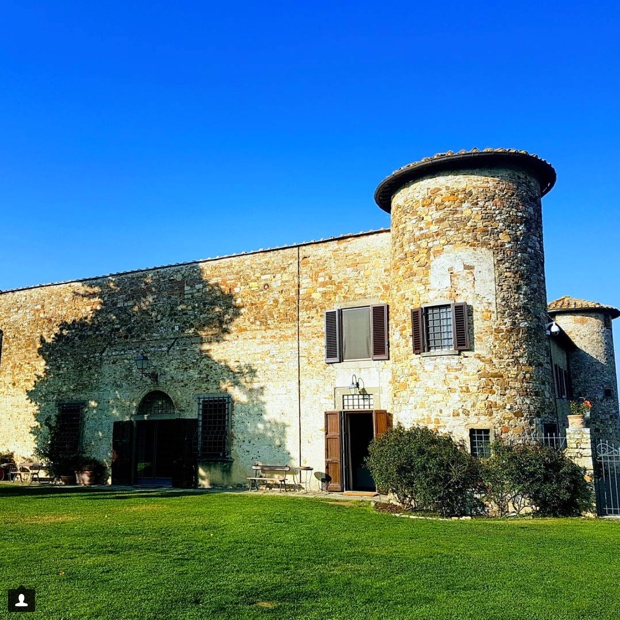 @castgabbiano in light of expression and meaning

Federico Cerelli is Chianti Classico’s new renaissance ranger, a man on a mission to not only seek out great terroirs but also to reinvent what can be induced, coaxed, persuaded and realized from his denizens of field and plantation. Though Castello di Gabbiano’s portfolio is a massive project with scopic reach, Cerelli never rests on complacency, laurels or sales figures. There is no settling for average at Gabbiano or the blasé delivery of unexciting wines just because you’ve already earned the trust of your buyers. If a Gabbiano owned or managed vineyard in Mercatale Val di Pesa requires the cash to improve the health of the vines or to rip out and replant, than it is done. Can there be a finer example of commercial scope meeting artigianale than the quixotic and obsessive Castello di Gabbiano?

About his masterpiece novel F. Scott Fitzgerald wrote “I want to write something new, something extraordinary and beautiful, simple and intricately patterned.” Like the vineyards of Gabbiano but also a project in Radda in Chianti that is Federico’s new baby, that being the remarkable IGT Toscana work at Poggio di Guardia with Stefano di Blasi. It is there on a storied plot and historical estate where they are producing sangiovese with cabernet, merlot and amphora raised rebo. Cerelli can thank the work he’s put in at Gabbiano and the team who support his endeavours for this springboard to something exciting and new.

A return visit to the 12th century Castello di Gabbiano touches an estate and a castle that remained in the possession of the Florentine banking family Bardi until the early part of the 15th century. After it passed to the Soderini family, one of the most politically influential families in Florence, it was converted of the turreted manor house of Gabbiano in Fattoria, already completed by the late 15th century.

Today the 147 hectare estate is divided up into DOCG Chianti Classico (109 hectares), IGT (35) and Vin Santo. I have had the pleasure to taste with winemaker Federico Cerelli, Managing Director Ivano Reali and Marketing Director Silvia Bottelli on several occasions and this most recent sit-down focused on vertical looks at Riserva and Gran Selezione. Ivano is responsible for directing the complete renewal of all estate vineyards including new plantings and managed improvements to the estate’s winemaking facilities and practices. At the start of our visit Federico drove us to the ridge opposite and to the east of the castle and winery to gain a clearer ante-understanding of Gabbiano’s soil types, slopes, aspects and exposures. Looking at the blocks you can intuit how the two men work side by side with meticulous attention, verging on obsessive, to focus on agriculture and how it connects to winemaking. Federico and Ivano are in constant analytic contact with the vineyards and corresponding production methods. There is no rest for these two. Later on our discussion on Gabbiano and Chianti Classico carried over to dinner at the estate’s restaurant, Il Cavaliere. These are my notes on the seven wines poured.

The consistency of the Gabbiano Chianti Classico Riserva continues in 2015 and it is becoming increasingly impossible to find matchable quality at this price level. The 2015 is a Riserva of extreme youth, really grippy, full, extracted and liquid chalky rich. Don’t misunderstand or be duped because this ’15 isn’t brighter than the more than surprising ’14. It is not a question of stepping back from success and time will be a factor for both longevity and the preservation of freshness. So it is a matter of vintage. This carries an early and spicy sangiovese wisdom and this will serve it well. It’s frankly a bit hot right now but that too will relax. With each passing year another rung is ascended up the CCR ladder forged by the Federico Cerelli and Ivano Reali Gabbiano union. Drink 2019-2028.  Tasted September 2017  castellodigabbiano  markanthonyon  @castgabbiano  @MarkAnthonyWine  @castellogabbiano  Ivano Reali (Castello Di Gabbiano)  Mark Anthony Wine & Spirits

Now tasting with winemaker Federico Cerelli he says he wasn’t even sure he would make Riserva out of 2014 but with more skin contact and longer maceration he was able to add some structure. The depth is the thing. This will age much longer than most would choose to give it credit for.  Last tasted September 2017

The difficulties presented by the vintage were determinate in excluding the Gran Selezione Bellezza from production so it is that bottle’s loss that became the Riserva’s gain. The single vineyard’s 2014 yield may not have been stellar but its significance is not lost on the overall Riserva gathering, down 40 per cent in quantity. It is here that we see the expertise of a winemaker like Federico Cerelli, to work with new parameters literally thrown at him by chaos and uncertainty. Less than 18,000 bottles came out of 2014 and the wine saw its expected time in barriques and botti, none of which were new. This is CCR of sangiovese brightness meets firm ’14 grip. The varietal freshness is preserved in ways previous vintages were not. Once again this incumbent year is put on vivid display, befallen to knowing hands and forward thinking minds. The aging potential here is excellent. Drink 2018-2029. Tasted February 2017

The advanced character is minor but poignant, as expected and predicted. A touch of balsamic, softness and richness.  Last tasted September 2017

First and foremost it is the wood, or the lack of wood that stands out in the CCR 2013. It may be observed as a different kind of wood, less polished and more natural but what really wins out is the fruit. The cherries are surfeited by impressed tannin and linger with good tonic for a good length of time. Great restraint shown by winemaker Federico Cerelli. Drink 2018-2024.  Tasted June 2016

Bright, structured, vibrant, just in a great state, with tons of fruit and yet it will continue to improve, over the next two or three years.  Last tasted September 2017

Tasted with winemaker Federico Cerelli alongside the new era ushering 2012, a wine with six months further resolve, which is really just a moment in life. Looking at this 2013 it clings to that ’12’s ideal, still firm and in need of down time, stirring still, wasting some time. Here a gear switch, alteration and adjustment. A reduction of new oak, an increase of the mineral cogitation specific to the Albarese soil, with tannins great like in 2012 but finer, more elegant. This is more classic in the sangiovese thought because what also is allowed is the level of dry extract, “over 30 for sure” notes Cerelli. This Bellezza is pure sangiovese, the best Bellezza in years, classic to remind of many years ago but a very modern wine. It is the Gabbiano predicament and the predilection to announce what Gran Selezione means so in a word, bravo. You could actually drink this now and then over 25 years. “What is Bellezza? This is the best block of the estate” is the answer as told by Federico. Great tannins, simply great tannins. Drink 2019-2032.  Tasted May 2016 and February 2017

Quite antithetical to the bookends of 2011 and 2013 this feels a bit cooked and raisined at this stage though it’s certainly a different sort of vintage and forged from a deferential set of structure parameters. Enjoy earlier while the others work their slower evolutions.  Last tasted September 2017

Sangiovese all in, 100 per cent pure-blood and nothing but new barrels to round off every divergence, angle and edge. Expectations demand secondary characteristics from such a bella Chianti and this piccolo Gran Selezione delivers. In 2012 it over-delivers, already hinting at tertiary aromas and flavours, leathery, cedary and potent. Due to its advancing ways it’s a bit of a double-edged sword, albeit carried by a knight on a beautiful horse. It’s a joust we should all be willing to wage in the near to medium term, especially if a Florentine steak or double cut-veal chop are part of the battle. Drink 2017-2020.  Tasted February 2016

Tasting Gabbiano’s Gran Selezione Bellezza 2011 in 2017 is a treat of timing and perhaps the advantage is unfair, also for having already tasted 2012 and 2013 on two occasions each. The slings, arrows and raptures of experience offer perspective for having waited out this Chianti Classico borne of a hottish and dry season. Now having gained another two years in bottle it has benefited from the integration and the settling. I really get true sangiovese character, savoury, tart, energetic but certainly sheathed in more new barrel than the more recent and scaled back vibrant 2013. Really chewy, this ’11 has come together in such an amenable and fortuitous way. Drink 2017-2024.  Tasted September 2017

Dark Knight is cabernet sauvignon and merlot from the Tuscan coast with some estate sangiovese, It’s lush, dark, silky with a little bit of residual sugar (7 g/L). Fruity, simple, faintly sweet and for so many commercial purposes, it’s a slam dunk. Drink 2017-2019.  Tasted September 2017

@castgabbiano in light of expression and meaning