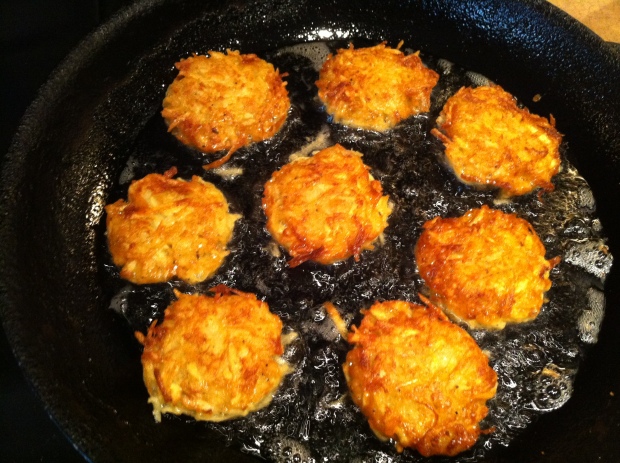 Today I will go out and taste another set of wines, graciously if institutionally laid out by our hosts at the LCBO. The challenge in assessment will be, as always, in the unearthing of the gems from within the larger group. There are always great wines to discover. That is the joy.

Two weeks ago I did the same. From that mass of juice I first published last week on the Spanish beauties that stood out to be counted. As far as a feature thematic goes, the Spanish armada was very impressive. Does that not say something about the state of quality in Spanish wine today? Like the wines presented below, those Spaniards are another group of wines whose future is being remembered with each passing sip.

In wine there exists minute atomic particles spinning and interacting in space, in the bottle and in the glass. Sure that’s really all there is. But we think, perhaps too much, yet still we think. The ritual relationship between vines and wines is based not only on rooted human connections to these vines and wines but also on a far more subtle intuition. It’s based on the idea that the vines and wines are breathed into actuality by civilized consciousness. Wine is compelling and begs to be entwined and transformed by the human imagination.

So, after that piece of grand advice, shopping list in hand, find a store nearby with any or all of these seven recommended bottles and have a great, wine-soaked January weekend.

Highly modern, evolved and warm weather friend. Red fruits dominate the aromas and on the palate a good angst lurks of something darker and ferric, though not over the top. Has a level of complexity that will see it to future days of coming together. Tannins and acidity are tough so give it three to five years. Well made and more than laudable value in Côtes Du Rhône.  Tasted January 2015  @warren_walden  @VINSRHONE

With five months to solidify the intent, now the County fruit is revealed as a very upfront and happy place fitted, unbaked Chardonnay. “Like a river that don’t know where it’s flowing,” the wine is hungry in heart, riverine pointed and a touch effervescent. This is to be liked, in an Irish belt and Germanic sangfroid meets Moscato d’Asti melding way. Not as dry as some other Ontario unplugged but inflected of a similar floral and leesy profile. Very unique take. From my earlier, August 2014 note: “What is so striking about Dan Sullivan’s unoaked Chardonnay is the classic and unmistakeable County perfume that can only be his. No matter the grape, a Sullivan white is a cold play of pear and citrus, made most obvious when oak is not around to confuse. A Rosehall white is always the most glycerin-textured in the County and Sullivan’s light touch ensures this PEC Chard is made in the vineyard. There is a lightness in its being but it is one of the better unoaked wines made in the region.” Last tasted January 2015  @Rosehall_Run  @sullywine

You have to swirl the stuffing out of this Chianti Classico, to aerify the concentrated must, soften the smithy metal and shake the dust out of the skeletal toys in the attic. In Chianti sometimes “nothing’s seen, real’s a dream.” After that it’s so very volatile, angry, biting, scathing and downright agitated. But it’s big and bruising, full of prune, fig and a real CC swagger. Very large for CC, in full conceit and with all those opposing forces in battle, I can see this aging for 10 plus years. Would like to see where it goes when it settles. In the later stages there is a funk, of the extra-terrestial Tuscan kind. Fun Sangiovese.  Tasted January 2015  @chianticlassico

Delicious smelling Vacqueyras, of pure red fruit distillation, bursting berries and a smouldering of warm earth. Breath deeply and it doth not burn at all, a sign of great restraint and seamless forward thinking. Nice soft structure and carries itself with such poise. What’s not to love here?  Tasted January 2015  @TheCaseForWine

To the north of Guebwiller, the vineyard is “the peninsula on the plain.” More often than not drier than the others, less weighty than Kitterlé and on par with Kessler, 2011 is the year of its kinship. Here alights the lemon drop, petrol, vintage given and vintage using searing Schlumberger. I have tasted the last five (in Saering, Kessler and Kitterlé) and here is the most intense of the group. Really wound tight, rolled into a fine Riesling cigar, with the stuffing to see that its “gonna go far, fly high…never gonna die.” Saering, those who wait patiently for you to become a star, “they’re gonna love you.” Tart and chalky, very calcareous, very serious. This needs 10 years to see heights elevated into another stratosphere.  Tasted January 2015  @drinkAlsace

A revisit (nine months after first tasting) confirms the ascertained earth, the gathered calcaire and the efficiency of mastering this plot. While neither as elegant as Les Lys or as intense as Mont Milieu, the Montmains is struck by stark, lees melding structure and mouthfeel. The sensation is like sucking on a slow-release tablet of concentrated Montmains. It’s pointed, rigid and saline, like a bone from the skin of the sea. Amazing tannin. The weight is gathered from dynamism that turns seas to rock, rock to liquid. Needs five more years.  Last tasted January 2015  @WilliamFevre  @WoodmanWS  @BIVBChablis

If ever there was a glaring example of how a wine can polarize a room full of tasters, the Podere La Vigna Brunello is the dictionary entry. There is no doubt that it reeks of classic Sangiovese Grosso, of leather hides, centuries old liqueurs and hanging carcasses. Straight up, this is an animal, of Montalcino animale and animated beyond suspended belief. A combination of heavy syrup and evolution are well ahead of the curve. That in itself is not the issue, but rather the earthy, pruned fruit, overripe and heavily extracted. It’s a hematoma of a Brunello, with the swelling rising in the wine like bruises but, that said, it’s so very Brunello. Acidity is present but falls a bit short, while the length is just decent. I am not blown away by its ancient and pageant charms because it will not last. Were it a ’95 it would have huge appeal. but if consumed in 2033 it will most certainly provide for some muddy water.  Tasted January 2015  @buonvini  @ConsBrunello