Wine. The ancient mocker, a drink unknowable and illustriously beyond judgement. That is until a national organization builds a mountain out of bottles, gathers together a court of 22 like-minded adjudicators and brings a nation’s wine culture together. The WineAlign Canadian Wine Awards is this country’s own version of unfathomability, as a thinking and tasting machine to test the romantic mysteriousness of an overall expression laid out by deferential wines produced from coast to coast.

The Nationals or #NWAC2016 will amass and coordinate more than 1,500 entries from Nova Scotia, Quebec, Ontario and British Columbia. The romantic grandiosity of the project will merge with the mainframe abacus of wine awards algorithms. The WineAlign National Wine Awards of Canada (NWAC) are held annually in June. Each year the country’s leading wine writers and judges gather somewhere in Canadian wine country to evaluate wines grown in Canada. They award Platinum, Gold, Silver and Bronze medals in some two dozen categories, with medal rankings further determining Winery of the Year and the country’s Top Twenty wineries.

Related – To Trius by air

When I roll out of bed Tuesday morning my Air Canada flight to Kelowna, British Columbia will be in its early stages of preparation. AC 1975 will transport me ceremoniously to the golden western frontier of the Okanagan Valley and it is there in Penticton that I will join 21 fellow judges (plus two apprentice judges) at the 2016 WineAlign Canadian Wine Awards.

Co-Chief Judge Anthony Gismondi has let us all know that “we have had a tremendous response from wineries across the country. Entries to date to are at 1,505 wines, a new record. With that number comes much responsibility so please be prepared to work hard for a full five days in the tasting room.” We welcome our visiting international judges, Elaine Chukan Brown of JancisRobinson.com, WakawakaWineReviews.com and Wine & Spirits, along with WWAC veteran Dr. Jamie Goode, The Sunday Express and wineanorak.com. Vancouver’s DJ Kearney oversaw the apprentice judges program and this year Brent Muller and Alistair Veen prevailed in a tryout that included 5 top BC sommeliers and retail buyers.

Related – Meeting of the wines at Treadwell Cuisine

WineAlign judges, a rainbow and the American Falls

This will be my fourth Nationals. It is one of the greatest privileges in wine journalism and a profound honour to be gifted the opportunity to contribute towards bestowing medals on the best wines produced in Canada. It is an equally awesome grant of companionship and shoulder rubbing to work alongside the WineAlign crew. The war room leaders Bryan McCaw, Sarah Goddard, Carol-Ann Jessiman, Earl Paxton and Anthony Gismondi. The judges I’ve worked with before; David Lawrason, John Szabo M.S., Sara d’Amato, Steve Thurlow and Dr. Janet Dorozynski from Ontario. Rémy Charest, Michelle Bouffard, Bill Zacharkiw and Nadia Fournier from Quebec. Ben MacPhee-Sigurdson from Manitoba. DJ Kearney, Treve Ring and Rhys Pender, MW from British Columbia. Brad Royale from Alberta. Craig Pinhey from New Brunswick. Heather Rankin from Nova Scotia. I look forward to meeting David Scholefield and Sharon McLean from B.C.

Day 2 #NWAC15 with @curlyluddite and the maestro @DavidLawrason .. I will taste f’in #merlot !! @winealign

The judging is overseen by WineAlign principal critics and partners Anthony Gismondi and David Lawrason. All competition wines are blind-tasted and judged in categories according to varietal or style, not by region, using the same 100-point system as used on WineAlign. Each wine earning the requisite points will get a medal. Wines with the top scores in the entire awards will be awarded a Platinum medal (approximately 1% of the total entries). Gold medals = 90 – 100 points, Silver medals = 88 – 89 points and Bronze medals = 87 points

At last year’s Nationals held in Ontario we handed out a record number of awards; 14 Platinum, 101 Gold, 263 Silver and 375 Bronze. Given that a bronze must have been scored 87 points by a panel of a minimum of three judges, we have hundreds of wines in Canada that our experts felt were ‘very good’or better. That should instil some confidence among consumers. I tasted and reviewed many of the 14 platinum medal winners. Here are some of my notes. 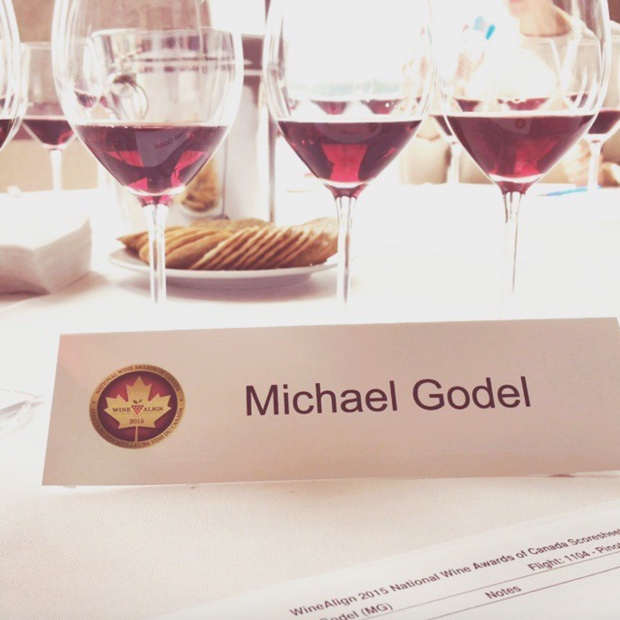 Four months has upped the funk for ’13, with tar and bitters still and thick as summer air. Rich and ripe, notable for its black cherry aroma and that J.P. Colas natural truncation. Unique, as always and very Gamay. Drink 2015-2019.

From my earlier note of December 2014:

Fruit was sourced from both the Sandstone and Whitty Vineyards for 13th Street’s Gamay Noir, a focused and gritty adjunct in ode to the Cru Beaujolais approach. This ’13 raises the aromatic and texture bar and just may be the most striking from a 13th Street estate mix. All the important berries are there, as are the mineral quandaries. In a Gamay moment this will lead you to gulp and giggle with #GoGamayGo delight. 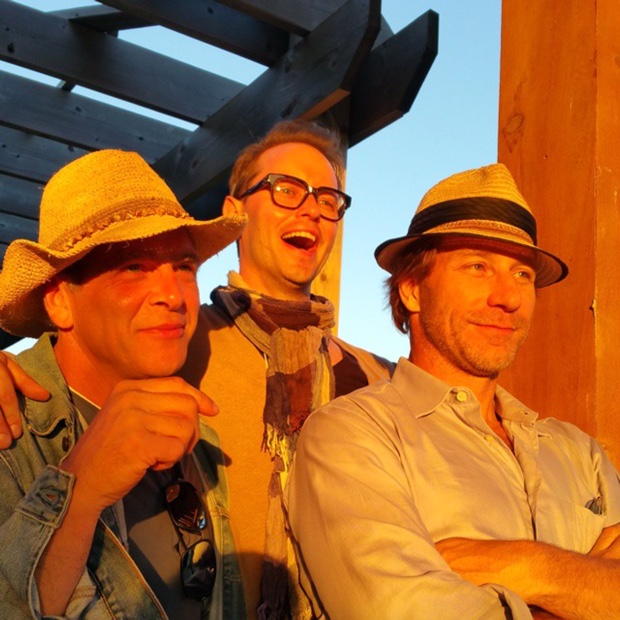 Oh so beautifully nasty Syrah, spicy, saucy and wicked. Resin, somewhere between myrrh and mastic, redacts reductively and tension stretches the savoury aspects in all directions. Blood orange and anise blend into the aromatic grain, repeating again through flavour mettle. Fruit, acidity and tannin are interwoven, circulating and on edge, in pitch perfect darkness. Syrah in the big time with the stuffing to age. Drink 2016-2022. Tasted blind at WWAC15, August 2015  @CCJentschCellar

The increased Droit depth in black cherry positions this CdC Gamay like a cousin to the same vintage Pinot Noir with shared DNA and more funk meets reduction than I would have expected or even guessed at. Should this be chalked up to complex conscientious forethought or the denude of a brilliant mistake? The raspberries and strawberries are in the mulch and the mire, the acidity and tannin thinking cru, cru thoughts. A near behemoth for Ontario Gamay, as much to do with the St. David’s Bench and the vintage as anything. Droit redux, new, improved and polarizing. Drink 2016-2021.  Tasted June 2015 and February 2016  @MBosc

The ’12 Niagara has swapped spontaneity for coherence, licentiousness for logic. Has entered the stage of non-reductive peel, where skin is discarded, flesh is exposed and juices run free. If you like your Chardonnay settled and yet vitally fresh, now is the time to enjoy the Hardie 2012 Niagara Chardonnay. Drink 2015-2022.  @normhardie

Norm’s Niagara is such a different animal to the County 2012. The warm summer and dry fall means more humidity and even more reduction. Currently cothurnal so less like Burgundy but only because there elevates the high-tones and percipience from Niagara. Texture is key but this Hardie needs time. It’s not angular but it is steroidal, injected, like a wild thing, as if the yeast were still in control, munching away even though there is no more sugar to be had. Undomesticated ’12, at heart, in spirit, out of mind. Hard to imagine there could be this much anxiety from the even-tempered vintage, but when you pick real early and keep the oak to a bare minimum, Hardie happens. Norm picked ripe fruit between September 7 and 10, six weeks ahead as compared to some years. He said the fruit had a “golden tan, ready to go.” The use of smallish 500L barrels works wonders for texture and though 40 per cent was new wood, you would never know it. Malolactic fermentation didn’t happen until late August, nearly a full year on so no sulphuring was required until that time. This is Hardie’s freshest Niagara fruit ever, from Duarte Oliveira’s farm between Victoria and Ontario Street, the same spot as Hillebrand’s Chardonnay Reserve. Terrific Beamsville Bench Chardonnay.

While wood plays a prominent role it does not saturate to distraction. The barrel extract adds warmth and spice in contribution to balance. A high-toned syrup on the nose gives way to an evenly weighted palate. A scraped bean flavoured creamy toddy texture is topped with chocolate shavings, a dry of bell pepper and tobacco smoulder from out of the chamber. Nicely judged fruit, acidity and texture with admirable length. A necessary example of $20 Lincoln Lakeshore Cabernet Franc offering up every reason to drink it and demand that more me made.  Tasted March 2015  @goodearthtweets

We @WineAlign came to judge nearly 1,500 wines #NWAC15 and it was fair and just.