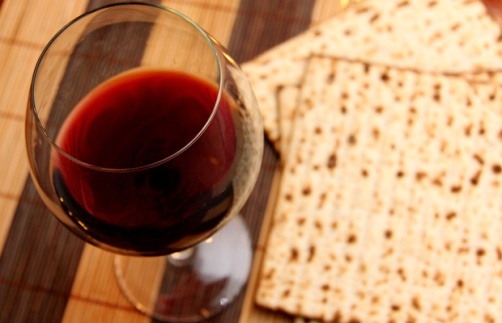 There is life beyond Manischewitz. Not all kosher wines are made from cloying, insipid and super-sweet Concord grapes. Conversely, a Jew’s worst,  ’11th plague’ wine nightmare, the nights of suffering through cooked and stewed dry table wines, is (mostly) a thing of the past. I’m not suggesting that the golden age is upon us, but you may want to don the shades. The future is bright for Passover kosher wine.

“Wine does not become kosher by being blessed. It is kosher (Hebrew: pure, proper) when complying with strict rabbinic criteria that render it acceptable for Orthodox Jews.” This statement from the NY Times is unifying and true for Jews worldwide who choose to abide by the traditions of the Passover Seder table ritual. I would highly recommend reading the articles of Eric Azimov to really get a grip on the kosher for Passover wine thing. Also check into Kosher Wine Musings Blog. For a comprehensive guide to Israeli wine, look to the work of the late, great critic, Daniel Rogov. The production of kosher wine is a costly endeavor and not surprisingly, the best products are those in the (upwards of $25) premium category. Two currently available examples are Shiloh Shor Cabernet Sauvignon 2007 (182947, $32.95) from the Judean Hills, Israel and Bravado Chardonnay 2011 (305102, $31.95) by Karmei Yosef Winery, Israel.  We ran a story about premium wines last week.

All wines labelled “Kosher for Passover” are kosher, but not all kosher wines are kosher for Passover. Kosher for Passover wine must be handled by Sabbath-observant Orthodox Jews and the wine can never come into contact with any leavening (grain, dough, bread) products, including yeast. Chemical additives like Potassium Sorbate and Citric Acid are also no-no’s. Clarifying agents such as Isinglass (gelatin) is forbidden as it comes from non-kosher (no scales) fish. For the most part, Jews purchase only Mevushal wines for Passover. The Mevushal (cooked or, flash pasteurized) practice is used so that opened kosher wine can be handled by non-Orthodox and non-Jews and then poured to the observant. Many Jews in the diaspora have chosen to abandon the concept. The destructive consequences of “cooking” grape juice somehow continues to remain up for debate. Most Jews who appreciate a glass of good wine with dinner, and especially those who double as wine geeks avoid Mevushal wine at all costs, thought being, consuming heat-damaged wine is no way to go through life. That said, a good deal of the Kosher for Passover wines in our market are Mevushal (KPM) and some are really quite agreeable.

The most interesting practice is that of established vineyards allowing kosher winemakers to use their grapes to make kosher wine. Several Bordeaux châteaux allow for this, including Château Malartic-Lagravière and Château Pontet-Canet and the wine is labelled under the name of the participating Château. Next Monday, Jews around the world will gather at their respective Seder tables. Here are five under $20 current Kosher for Passover releases.

Banero Extra Dry Prosecco KPM (298489, $13.95) hits classic Venetian fizz notes, of peach, orange rind, nougat and baked apple. Quite juicy despite the ED designation. Like a Tora, Tora instrumental, “played with a wind sound effect fading in, followed by a dive bomb on the open E string.” I would consider foregoing the Sauvignon Blanc or Chardonnay and go two, maybe three cups with this one.  86  @azureau

Borgo Reale Sangiovese KPM 2011 (637793, $13.95) may come off boxy, as if housed in cheap wood but for $14 this is really about the best you will ever hope to find. Seems to be in a bit of a rush, in the spirit of radio, built upon a synthesizer, Sangiovese sound. Still, “all this machinery making modern music can still be open-hearted.” Red, raspberry fruit is not so Sangio but leather and smoke is. A bit contrived but trendy and copacetic.  87  @ALLIEDIMPORTERS

Five Stones Sauvignon Blanc/Semillon KPM 2010 (108001, $19.95) from Margaret River, Western Australia like many Kosher efforts starts out one way then diverts another. Aromas of dry grass, yellow skin and white fleshed apple give way to a sweet and refreshing zip. A racy, Benzedrine touch of char gets on top of the pastry in “a shirt of violent green.” Strange frequency Kenneth.  87