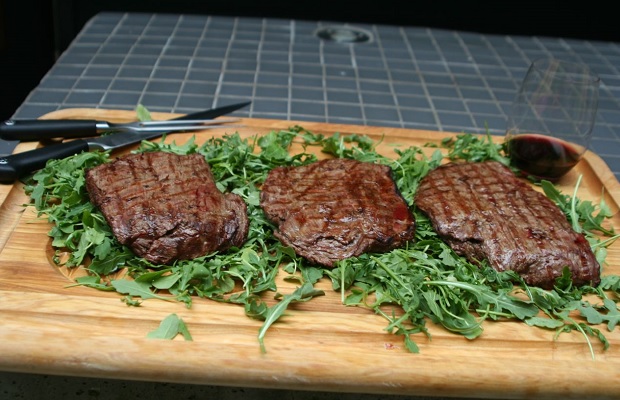 There’s no time for preamble. VINTAGES rolls out another long list of wines for the weekend. All your summer bases are covered. The Pinot Noir from New Zealand are really, really good. There are whites from Greece, Niagara and South Africa to not only try but embrace. Two Ontario reds will satiate the grill. Here is a list of eight wines to look for right now. 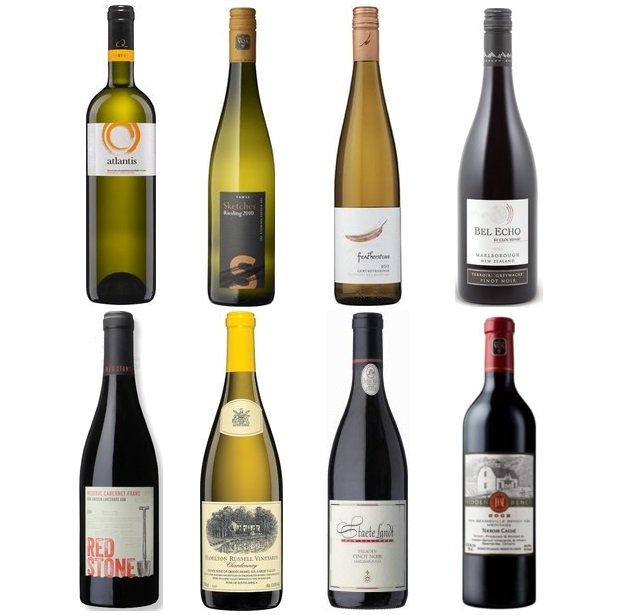 The gateway of the Tawse Riesling portfolio and first to be released is an omnipresent beacon for what is to come from the single-vineyard sistren. Built fruit forward from an orange zest, stone rose and lemon glade guide, this is the Sketches most juicy sensation yet. Incredible vacuum of citrus acidity waterfalling into a great white hole. Though surrounded by so many a Riesling with site specific personality, “she’ll carry on through it all.” Intensity in dry Riesling.  Tasted June 2014  @Tawse_Winery

Assyrtiko is the rock but the composition is altered by smaller parts of Aidani and Athiri. Softer, warmer and much more approachable than the Santorini, not quite so stony but with more intense juice. A modern take on the ancient game. The palate lays out the uneven, tannic and rocky road to the amphitheatre. A long walk on carefully arranged boulders. A salt bath in warm springs. The wines of Argyros do so much to bring Greece to the world. Citrus finish and more salty mineral.  Tasted June 2014  @KolonakiGroup

Such a pretty and elegant take on Gewürztraminer, of flowers white and in bloom, nuts blanching away. A structural, searing tightness to the mineral laced fruit will develop yet unrealized tannin and tension. There may be nothing gangly or highly viscous about it and its style is nearly, completely dry. Notes of orange zest and lychee pit. Very clean. Elan, ecrue, pearl.  Tasted June 2013  @featherstonewne

“It is a special joy for the Bourgeois family to make Pinot Noir in New Zealand.” That statement is one you just gotta love. The Henri Bourgeois clan clearly have a whole lotta love for the climate, soils, people and the possibilities the terroir presents for his dedication towards restrained, elegant Pinot Noir. Though this teases with highly modern and juicy elements, almost, dare I say, Sonoman, there remains a rooted, savoury sense of the earth. Takes a page out of Burgundy’s book and plants it in Marlborough. Plums, cherries, smoke, spice, some tannin and for the price, nearly impossible structure. Angles and bitters persist but beneath a wealth of fruit. “Keep a coolin’, baby.” The price is impossible. Great value.  Tasted June 2014  @ClosHenri

Would I not be remiss to ignore the Tawse Laundry Vineyard by way of comparison? With the Redstone, the sister winery puts forth the same amicable fruit with charred meat accents yet minus the hyper-specific Pender perfume and wisdom. Here is an ocean in between the waves. I came in to taste Redstone with an open mind, even “bet against the company again. They tried to redefine everything that I know and love. Gotta know you’re mine.” Winemaker Rene Van Ede has fashioned a delicious Cabernet Franc that speaks in a clear 2010 voice. A war on drugs. Though it bears no teeth of conceit there is a very positive funk and sanguine notes make a play, but ultimately submit to an overall red currant, sweet bell pepper and tobacco realm. The pyrazine ring compound binds many types of pepper, cracked, swelling and swollen. A long and rich elixir without the oak needing to be heard. It does not shout but whispers. Unmistakable Pender mentored Rock ‘N Roll Cabernet Franc. Really well made. Tasted twice, March and June 2014  @RedstoneWines

From what is rapidly developing as a (if not already engraved in stone) Grand Cru site in the Hemel En Aarde Valley, 2012 is a vintage that comes to greater strength from strength. Every aroma, every nuance is characterized by elegance and elasticity. Romantic Chardonnay, so representative of real love, of mineral, of most excellent barrels, ripe fruit and deft touches. Hamilton Russell takes South African Chardonnay to an entirely higher level. “Thought I’d been in love before, but in my heart, I wanted more. Seems like all I really was doing was waiting for you.”  Tasted June 2014  @TrialtoON

Though the Paladin is four years in it still retains its barrel baby fat. The rich red fruit tower reels behind a slightly reductive must and a compromise of toast and splinters from18 months spent in a mixture of 25 per cent new and 75 older French oak barrels. There is a whole surrealist street gang of fruit lurking in shadows of a de Chirico drama. I can sense the ripe plums and the cherries ready and willing to bake in the proverbial pie, and though blisteringly dry (less than 1 g/L residual sugar), it will always see potential by way of total acidity (6.1g/L). Will realize a seamless transition to mid-life anxiety while the fruit simmers away in a cauldron of that fine acidity. Ruud Maasdam’s Pinot Noir is of the scuola metafisica kind.  Tasted June 2014  @StaeteLandtWine  @liffordretail 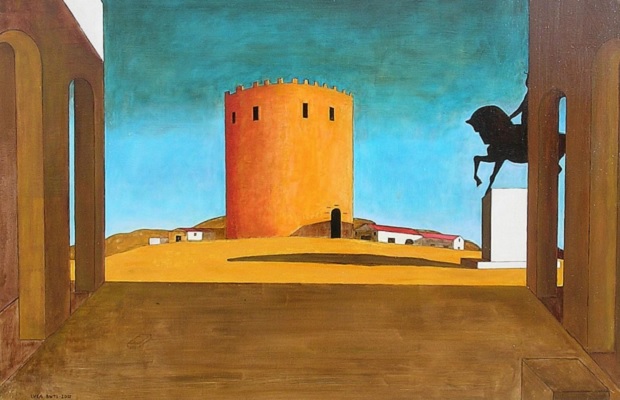 The richest Terroir Caché to date, making use of its barrel in judicious but never obnoxious ways. Huge Bench wine, needs 10 years for sure. From my earlier, April 2014 note: “No other Niagara red and for sure no alternative Peninsula Bordeaux blend exists in such a vacuum of dichotomous behaviour. Act one is an out-and-out boastful, opulent show of Rococo. Act two a gnawing and gnashing by beasts. The pitch and pull of the Terroir Caché 2010 optates and culls the extraordinary through the practice of extended délestage, what Hidden Bench notes as “a traditional method of gently draining the wine and returning it to tank with its skins during fermentation.” The ’10 is about as huge as it gets, highly ferric and tannic. Still chemically reactive, you can almost imagine its once small molecules fitfully growing into long chains. Berries of the darkest night and he who should not be named black fruit are confounded by minerals forcing the juice into a cold sweat. Will require a minimum of 10 years to soften its all-powerful grip.” From my earlier March 2013 note: “has rich, voluptuous Napa Valley written all over it. Sister Merlot dominant, Beamsville Bench sledge monster. Plumbago, mineral, blackberry and coffee in a wine that will be the ringer in a blind tasting 10 years on. Harald may be saying “this is our family jewel.” Mr. Thiel, you make good wine”  Last tasted June 2014  @HiddenBench  @BenchVigneron