L’shanah tova, happy new year, peace, happiness and health to all the members of the tribe out there. New beginnings, sweet and good times to you and yours. I’ve just returned from Italy, specifically Verona and Valpolicella. While I was in transit a new VINTAGES release crept into stores.

Related – The most important red wine from Italy

Always a good Soave buy and especially in the ripe and easily commercialized 2015 vintage. In fact this preface is a clear indication for such a wine because it can basically make itself so it smells, tastes and delivers just like itself. Citrus and herbs, Maresina, Pisacan, Sciopeti and then more citrus, followed by a mouth feel with an accent of stone. Delicious little commercial Soave. So correct. Drink 2016-2018.   Tasted September 2016  @Oenophilia1  @RegioneVeneto 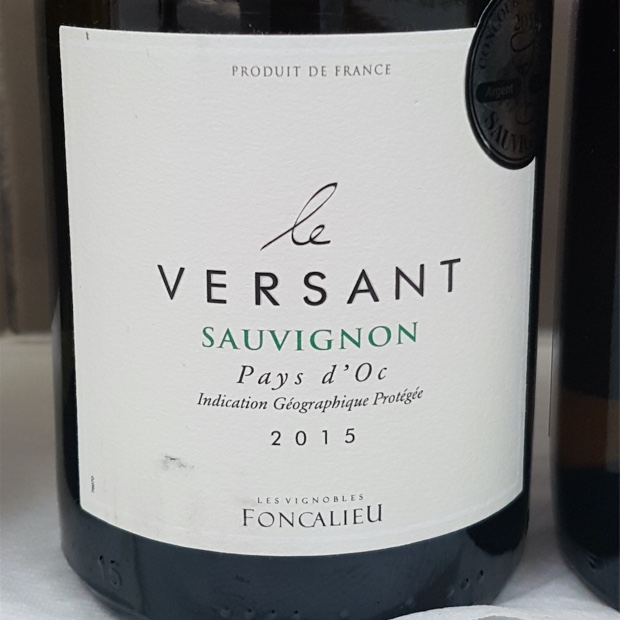 Terrific scintillant of a sauvignon blanc with extract to burn and the gesture of giving generously. Pungency be damned this goes at it with vitality, energy and the great sweetness feigning, peachy sauvignon blanc equalizer. There are few Midi SBs that can both thrill and appease with ease like this Pays d’Oc. Crowd pleaser to pour at weddings and other large gatherings. The finish guarantees success. Drink 2016-2019.  Tasted September 2016  @foncalieuwines  @LoireValleyWine  @azureau

The juicy appeal of gamay. In its purest form it struts and flaunts in full peacock display as in this $16 Aviron Beaujolais. He or she who could not drink a tank full of this BV is missing out on one of the go to pleasures of the wine world. Fresh and outright getable, when risked with a more than slight chill this could do no harm. Drink 2016-2018.  Tasted September 2016 @DiscoverBojo  @Nicholaspearce_

Rioja to grab for, spread out the blanket, pull out the jamon and kick back. Fresh, juicy, slightly smoky and full of nothing but fruit with a quick shake of spice. The simple pleasures provided by Alvaro Palacios at the lowest of low affordability. You can find Rioja with a much greater and historically profound sense of place but it will cost an arm and a leg. And I’m not sure it will get you anywhere. So put aside the serious face and embrace this modish value-driven sketch by Palacios. I too will abide. “It’s not that I care any less for that philosophy, but I would spend one night with you in trade for all that I’ve achieved.” Drink 2016-2018.  Tasted September 2016  @WoodmanWS  @RiojaWine 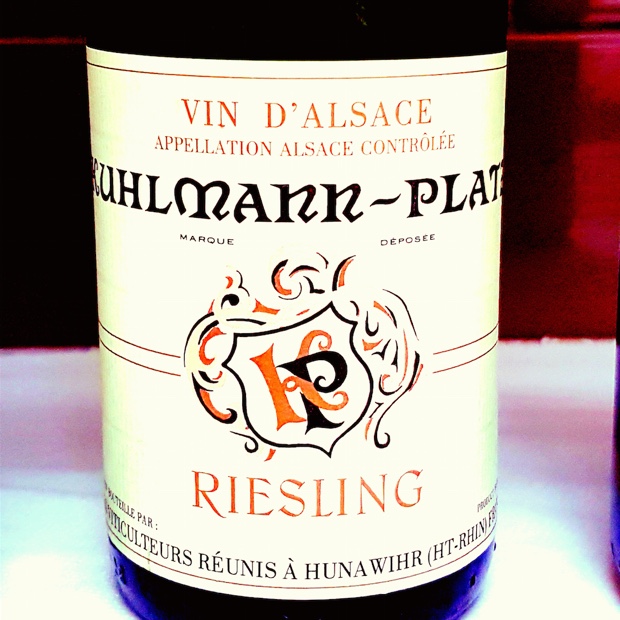 From the cooperative Cave de Hunawihr where the winemaking is overseen by Nicolas Garde here is a typically tart and citrus-driven riesling from alluvial flats. Salinity and a touch of brine with a minor note of spritz makes this nothing but fun. It’s certainly lean and direct but such an Alsace riesling line is fine when done with no agenda in mind. Well made with enough complexity to add five years onto its life. Drink 2016-2021. Drink 2016-2021. Tasted September 2016  @VinsAlsace  @AlsaceWines  @drinkAlsace  @ChartonHobbs

Prodigious and revered producer meets resurrected varietal in this hear me roar and highly expressive roero arneis. From Langhe vineyards in La Morra, Guarene and Govone. The level of extract and texture is elevated to where the grape can go but we so very rarely get a chance to enjoy. This has mineral, loads of mineral, like a chew of rocks in bubble gum form. With this on offer who wouldn’t choose to chew every day. More acclaim for arneis and that makes me smile. The freshness will offer perfect window drinking in years one through three but why not put one or two aside and watch them develop some honey and petrol in years five through ten. Drink 2016-2022.  Tasted September 2016  #CorderodiMontezemolo  @ProfileWineGrp 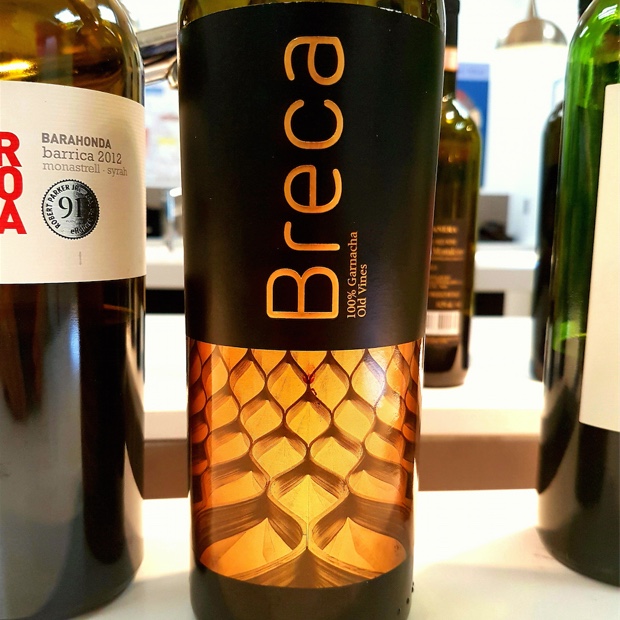 Very floral garnacha from gravelly slate with more than enough blueberry and blackberry to bake into a hundred pies. As per the modern norm this 100 per cent garnacha from typically regional (upwards of 100 year) old vines pushes the scales in extraction, weight and alcohol. If any Aragonese garnacha can handle such largesse it is Calatayud because the combination of gnarly vines and rocky soil gives essential nutrients to fruit for balance. It may only be a distraction but when the wine is polished (albeit sweetly so) the looming alcohol is kept in threaded check. Drink 2017-2021.  Tasted September 2016  @CSWS_ON  @WinesofGarnacha  @GarnachaOrigen  @docalatayud

If mountain herbs and tea could burrow or seep their savoury ways into a Willamette Valley pinot noir this Wildewood would be a viable candidate. It’s a global, pinot from everywhere and for everyone affair in here so call the aromas what you will; fynbos, rooibos, Peloponnese clandestina, wild thyme, rosemary, lavender. So pretty in its sauvage, so suave in its ruggedness. This pinot noir understands what it is saying and selling. Unlike the gritty poet, it is in complete control of its phenolics and its faculties. The palate pales but delivers straight to structure. The aridity and the salinity seal the deal. Drink 2016-2020.  Tasted September 2016   #Wildewood  @Nicholaspearce_

Such thews and texture are wonderful to elevate Montagny and you can tell that important Nicolas Potel time was allocated into turning this into something rocking. Plenty of citrus and wood intertwine in layers of chardonnay flesh. This is quite something. Gregarious, talkative and alive. Drink 2016-2019.  Tasted September 2016  @RochedeBellene  @vinsdebourgogne  @Nicholaspearce_  @BourgogneWines

The truth of sylvaner explodes into olfaction with the flats left for others and the slopes of Alsace greasing their way into this wine. A wow factor of 13 on the texture scale brings it here. Oily doesn’t due this sylvaner justice. You could run heavy machinery on this juice. Beyond the oléagineux there is great bite from old wood, tonic from the varietal necessity and bitters so very artisan crafted in nature. More British aperitif than Italian digestif in that sense but strictly Alsatian and in requiem for a match made in Foie Gras heaven. Needs two years to settle. Drink 2018-2028. Tasted September 2016   #DomaineLoew  @VinsAlsace  @AlsaceWines  @drinkAlsace 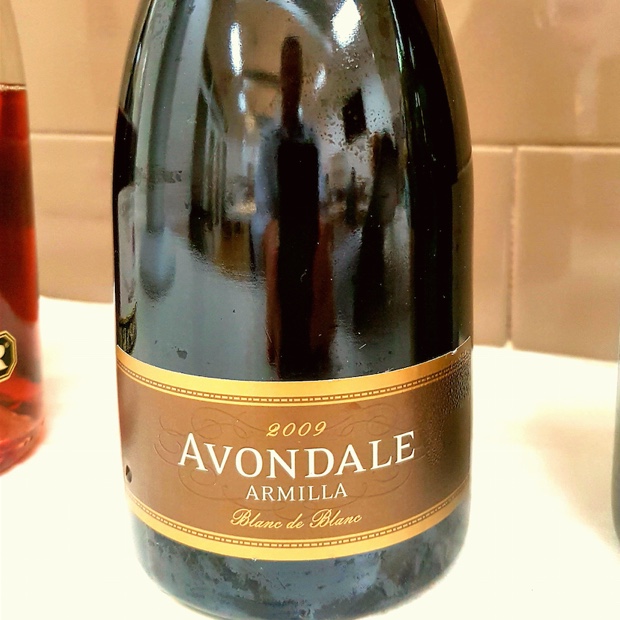 From a farm dating to 1693 purchased by Johnathan Grieve’s family in 1996. Poster bubbles, for the Blanc de blancs habitation and for the Avondale oeuvre, the Armillary sphere, Roman “circle of life” and ancient astronomical instrument used to show the position of stars around the earth. Traditional production, with a kiss of oak and a final act of dosage. Five total years on the lees, including two on coarse and one in bottle. Picking was accomplished at the end of that January, in purpose of stylistic elegance and beautiful bitters born of natural and integrated acidity. Terrific dip of biscuits into honey. Like Baklava in a glass though equally savoury to dessert. Baller bubble, balanced and with the sense to envision evolution, to the look ahead of an adult age. Would retail for approximately $28 CAN. Drink 2015-2027. Tasted twice, May and September 2015  @Avondalewine  @WOSA_ZA  @WOSACanada  @RareEarth_Wines

The Beeswax Vineyard is not just a pretty face. That this blend reeks of the bee’s work can’t be a coincidence. The ‎Rhône is but a mere smirk or memory here with fruit so ripe and vital you can hear yourself think. Arroyo Seco does cool chardonnay but it works for these varieties in another worldly way; with viscosity and texture. The pitch from the lemon and the flesh of creamy tropical fruits come together with a party gathering crafted tonic. And yet there is this rhythmic, low-toned, folk-roots-blues riff tenderness to Le Cigare Blanc. Really. J.J. Cale (by way of Don Nix) if you will. I’m going Doon, Doon, Doon, Doon, Doon, Doon. Drink 2017-2024.  Tasted September 2016  @BonnyDoonVineyd  @RandallGrahm 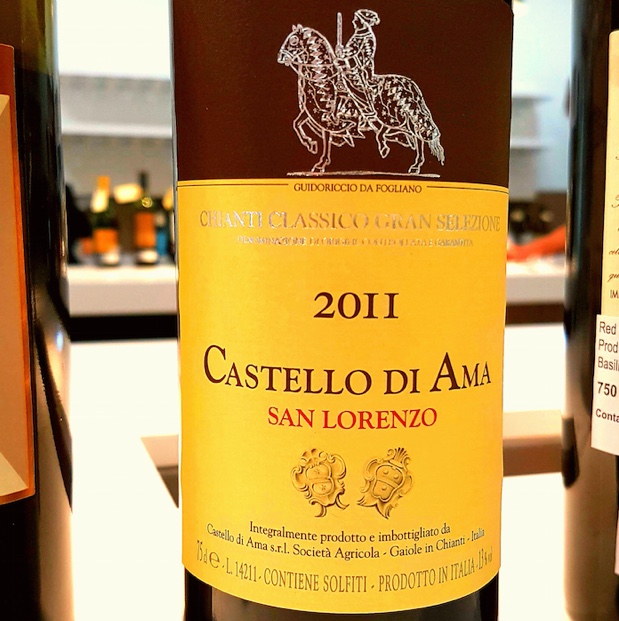 Castello di Ama has chosen their signature San Lorenzo Vineyard to qualify for Gran Selezione designation, one of three such highest level Chianti Classico produced at the estate. The high Gaiole elevation and argilo-calcaire soil make for a specific style, still deep and mineral but not so much like what happens from sangiovese raised on Galestro or Albarese solis. The liqueur here is a grander kind of sangiovese ooze (with 20 per cent malvasia and merlot), more hematic and of a purity only it can express. There is more liquorice and less leather, more iron and less cherry. Certainly less fruity but not as mineral. Here the umami is conspicuously undefined and so I am oriented to say it is simply San Lorenzo. Drink 2019-2026.  Tasted September 2016  @CastellodiAma  @HalpernWine  @chianticlassico

The Ratti Marcenasco is in a league of it own but it shares the club with like-minded nebbioli, wines that steep in tradition and breath an aromatic liqueur only its kind resemble. Deep waters here, always mysterious and hiding sunken treasures. Candied roses and liquid tar, savoury forbidden forests and intricate tannic chains. You have to exercise extreme patience with Marcenasco, avoiding years five to 10 and best to look in at 15. Everything will rise to the surface. Drink 2021-2031. Tasted September 2016  #renattoratti  @LiffordON 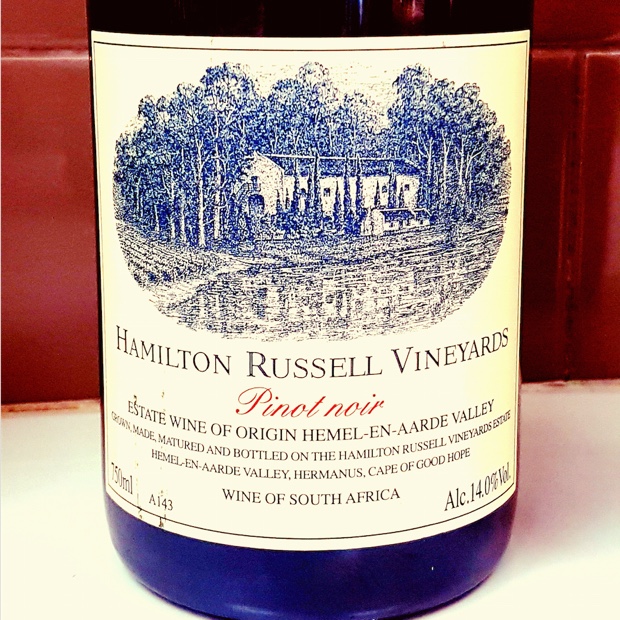 In 2015 the hyperbole of the Hemel-en-Aarde shines bright in magnified reflection with fruit and land combining for full effect. I get cola and beet root in ways I cant necessarily recall from most recent Hamilton Russell pinot noir and I also get depth like I’ve not encountered before. This is a massive expression in 2015, not a gentle one. I imagine the vintage was raging with adrenaline and testosterone so you have to take what is given. A masculine wine is the result, muscular, chiseled and ripped. At present the Hamilton Russell homiletic Hemel-En-Aarde verbiage is a tad evangelical. With such Adonis-like features and marbled structure it will need a few years to recoil, recalibrate and recharge. By next decade it will soften and preach with a bold style yet remain humble enough to change. Drink 2019-2025.  Tasted September 2016  @OliveHR  @hermanuswine

Pinot Noir that is all coastal, from vineyards far and wide but inclusive of some fruit from the Sea Ridge Estate Vineyard. An extreme brightness of being pinot noir with that distinctive Sonoma Coast feigned red candy nose, first raspberry and then strawberry. Exquisitely perfumed and gainfully rendered with mindful, purposed and calibrating acidity, propped up and misty fine. Such effete fruit and unassuming character does not materialize with enough regularity out of these parts. The finesse and fineness of this wine is what California does best when it comes from the heart and not from the hand. Though his chardonnay is otherworldly you just have to appreciate David Keatley’s touch with Sonoma Coast pinot noir. Drink 2016-2022.  Tasted twice, February and September 2016  @FlowersWinery  @rogcowines  @sonomavintners