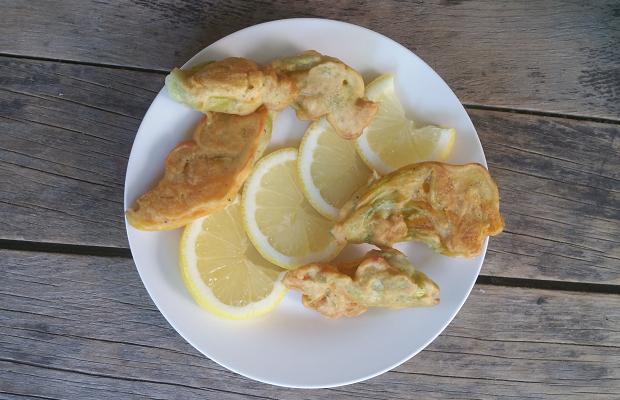 Let’s just cut to the chase. It has been more than three weeks since I’ve posted to Godello, thanks to a trip to Greece, Cool Chardonnay and my #eastcoastswing15. Let’s face it, I’ve left you hanging, waiting, wondering and perchance, livid at not having received a recommendation for summer wines since, well, since July 15th. As my Achaian friend Dimos is like to say, on repeat, “sorry about that.”

VINTAGES rolls out the smallest (by quantity) release of the calendar but I’ve got to say that per wine offer capita, the quality level is set to high. There is much to choose, from refreshing whites to grill worthy reds. Got, go, get.

Such a formidable and concentrated liqueur dominates the nose on this heavily-textured Garnacha from maritime-influenced vines grown on decomposed granitic soils. Minor yet judicious oak works minor magic on the fruit for a feeling that is organza in sentiment if like fruit-roll up in reality. The couverture is quite natural and free-flowing, like waves lapping up a windless shore. Though flavours like liquorice, pomegranate and morello cherry are thought intrusive, the actuality here is simply Garnacha in pure, unadulterated form. This should be a late summer, early fall go to for BBQ, barbecue and grilling by all means possible. Gritty, grippy finish. Drink 2015-2020.  Tasted August 2015  @CellerEspelt  @DOEmporda  @EmpordaWine  @ChartonHobbs

If you have never sussed out the Rosewood adaptation on the deutsches sweetness enhancement technique for Riesling, it’s honey time you did. The vintage brings out the best in and of all worlds; texture, high-rising graceful aromatics, burgeoning acidity and wait for it…honey. Mellifluous honey. This vintage seems to throw a gallon of juice at the charge in ways previous vintages did not seem to do. This is very easy and yet direct on the palate. Look at this Riesling and note there is nothing to hide. “She is good to me and there’s nothing she doesn’t see,” so in ’14, “honey, I want you.” Drink 2015-2018.  Tasted August 2015  @Rosewoodwine

Combines Grenache Blanc with Vermentino for an identity crisis of Italo-French proportions and in the end it reminds so much of a southern French take on Viognier. Aromatically precious, from white flowers and tropical fruit. Has a cool metal stir to keep it alive, punchy, vibrant and then acidity up the back side, flip-flopping about and turning “cartwheels ‘cross the floor.” A harum of flavours follows suit, as per the modern protocol. Though it’s merely a whiter shade of pale there is more than ample personality and whip to work up a frenzy, to mingle and to sit down with dinner. Drink 2015-2017.  Tasted August 2015  @DomaineLafage  @LaRegionLR

A good, inexpensive, once upon a time in the west Syrah is hard to locate so when one like the Lone Birch comes along, it’s time to saddle up. The spice, pure fruit and smoky meat aromas are of an outdoor intoxicant kind, joined by notions of mesquite, lavender, creosote and thyme. The verbiage here is not so much green but more like the purple flowers that emerge late in the season. The chalky edge to the bright acidity makes for a fun texture to finish interplay. This is a great change in Syrah gears with horsepower and grace. Drink 2015-2019.  Tasted August 2015  @LoneBirchWines  @WINESofWA  @HHDImports_Wine

Appassimento-style Sauvignon Blanc is both curious and an open target for accusations of vivid excesses. The detractor will look for swift “walls of insincerity,” the complimenter will say “I was enchanted to meet you.” Foreign Affair’s take has been injected with a cocktail of intensity; steroidal, hormonal and from concentrate. All the juicy orchard fruits are there; plum, apple, pear, nectarine, lemon, lime and grapefruit. This passes the appassimento SB test, if only and commodiously because it spreads fruit like confiture on warm toast.  Tasted October 2014  @wineaffair

Sauvignon Blanc (13 per cent) adds buoyancy to the main attraction in this vanguard and reputable Columbia Valley pioneer. Quite toasty and marked by early nose-hair splitting and splintering barrel notes. Dare say reductive but not in a rubber sap run way. More like Sémillon-dominated Bordeaux, of big bones, cut through soluble rock, created a sinkhole that swallows up flavours, only to release them in geyser like fashion in later years. So with patience and age-time in mind, this Sem will have better years ahead, when the heavy (14.5 per cent) alcohol integrates and the lemon drop-butterscotch flavours mellow. Generous pH (3.2) and high Brix (24.2) were the product of a very warm vintage. Rounded by concentric circles of acidity and bitter pith tannin, this is very tropical, like Gewürztraminer, but more in mango than lychee. Needs five years minimum because the oak is overdone. Tasted March 2015  @lecole41  @WINESofWA  @TrialtoON

Annick, Jean-Claude, Paul et Thomas Rieflé make their highly affordable Grand Cru Pinot Gris near Pfaffenheim in the southern stretch of the Vosges Mountains, on soils composed in limestone of marine origin intercalated with marls. This is rich, layered and spicy Pinot Gris, full on calculated with ripe, sunshine-laced fruit, orchards upon orchards of variegation and some, though not excessive tropical intentions. Has that distinct calcaire inflection that reminds of struck rocks, petrol and gardens giving off pretty smells at dusk. The finish is really long here so look for this to work well into the next decade. Drink 2016-2024.  Tasted August 2015  @RiefleLandmann  @TandemSelection  #DrinkAlsace @drinkAlsace  @AlsaceWines

A ripe, buoyant and near flashy example of Zinfandel without any necessity for speed, heat or mountain jam. Fruit is steamy but you can touch it. Aromas can cut through what Zinfandel often hides, which is freshness. There is spice on the nose for sure but it’s an accent, not a deterrent for disguise. The palate is racy and alive and while there is some cure and dried fruit in the mix it stops well short of confiture. The tailing trail of minor exhaust propels, not halts the length. Really good vintage for the Amador Zinfandel. Drink 2015-2020.  Tasted August 2015  @rhonist  @TheZinfandelOrg  @bwwines

In terms of the modern Vino Nobile vernacular and even grander to a wider Tuscan vicissitude, Dei takes the reigns and offers zero apology for the way in which the wines talk their turkey. Clean, pure and plenty are the words to describe this Prugnolo Gentile, but also graceful and slender. Spoons out copious quantities of fruit and is yet chewy enough you might think of eating it with a fork. Has aromas that recall concepts both fresh and dry. Vino Nobile to gimme fiction, history and tradition. “Comes when you pirouette,” dances light and treading across the tongue, never hot and heavy, but stylish and pliantly balletic. Drink 2016-2021.  Tasted August 2015  @LeSommelierWine  @consorzionobile  @Strada_Nobile

Even in Burgundy there is a scarcity and rarity with which a particular bottle can please, impress and instruct, vintage after vintage. Pavelot’s Aux Gravains is pure Beaune, even if it is on the showy side of Pinot Noir. This is just plain and simple perfectly ripe and at the same time grippy with the grandest ‘G” that can be drawn. The cherry, earth and roots are smouldering and yet not remotely smoky. It smells like a cigar as it’s being rolled, with nary a green moment. The palate is chewy, cranky, pure again and racked by veraciously munching acidity. Naturally cured as well. Such a Pinot Noir is to be lauded. Drink 2017-2025.  Tasted August 2015  Vinifera Wine Services @DanielBeiles