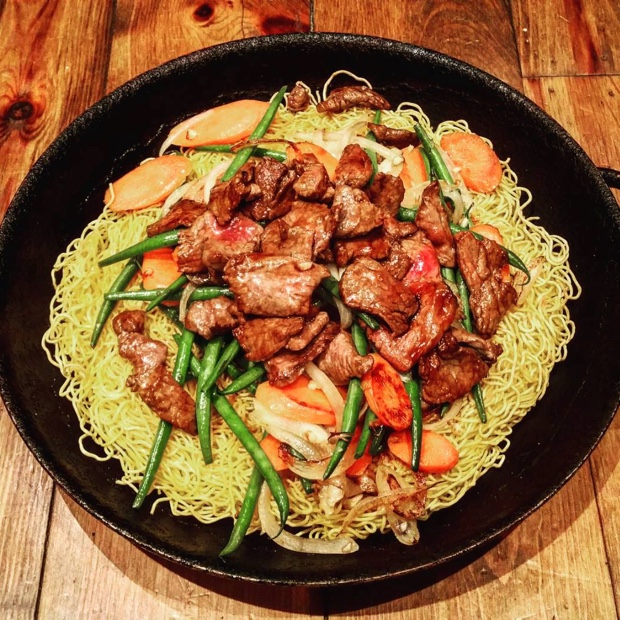 First I thatched the nest and then I fed the birds

Why did I choose this image to introduce a Valentine’s Day post on wine? What pairs perfectly with Christmas, Mother’s Day, Father’s Day, long weekends and Valentine’s day? When restaurants are either swelling with humanity or closed on major holidays and I want to eat out, where do I turn? Chinese. Happy Chinese New Year this coming Monday, February 8th. Welcome to the Year of the Monkey.

This coming Saturday the VINTAGES February 6th release does not coincide with the pink as floyd February 14th holiday so while you wait for next Sunday to arrive, enjoy a mild bite of Chile Peppers. “See what’s in store. Stay all day.” This song merges beautifully into the Love of Your Life. How does YouTube know?

Quite a mixed bag defines the February grouping. The south of France makes hay but I’ve also got Greece, Spain, Barossa, Piedmont and Burgundy in the regional to country mix. Enjoy. 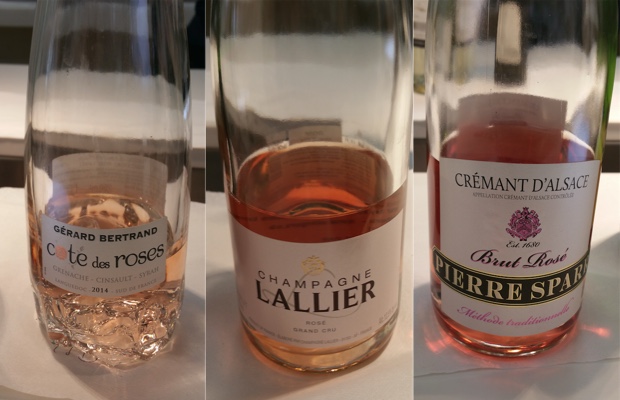 The Rosés of February

The occasions may be rare, but sometimes Rosé needs a half a year to simmer and to show its true colour. What once seemed to be red meets Rosé is now classic, typical, essential blush from Provence. Terrific amalgamation of the holy varietal trinity, with Cinsault the anchor, rock and catalyst to prop up Grenache and Syrah just as they need to be. From soft fruit to a grind of pepper, with aridity and salinity always on stage. Drink 2016-2018.  Tasted January 2016 @GBvins  @FwmWine  @AOCLanguedoc  @LanguedocWines

From my earlier note:

Dry, floral, medicinal, quite tight and angled, not angular Rosé. The sea salinity and briny strawberry confluence is quite striking. Doesn’t really linger so in the end it’s a bit of a simple quaffing Rosé but what of it? That’s right. Drink 2015-2016.  Tasted August 2015

Stoic, startling and nearly, dare I say, revelatory Rosé. Righteously rustic and demandingly devilish. A craftily concocted cool-custard cupid. The talc and the drift are exceptional, wafting aromatics and waving me in, to curl up and be embraced by its charms. This has Valentine’s Champagne scripted with pitch perfect elegance. A Grand Cru effort to be sure. Drink 2016-2019.  Tasted January 2016  @LallierAy  @azureau

A most consistent Xinomavro untouchable at the price, with the hallmark Syrah-like pepper notes pricking and popping from base and necessary red fruit. This sample is a bit muted aromatically but the palate is alive, kicking and very sound. Think of pomegranates, fresh figs and kalamata olives, a mountain view and the warming afternoon sun. All for $14. Though many Xinos can age for seven to 10 years, this Naoussa is meant for the here, now and tomorrow afternoon. Drink 2016-2019.  Tasted January 2016  @boutari  @KolonakiGroup  @DrinkGreekWine

Clean, direct, massaging Spanish expression of the here and now. A winemaker’s message from an outpost with an endemic grape variety known as Bobal, 100 per cent employed to speak of that place. It does so ripely with cagey dramatics and an acidity seemingly so specific to varietal. This will pave roads for a geek’s obsession and should lay tracks for a consumer’s diversion. It’s worth the detour. Like Aragonese or Catalan Garnacha. Drink 2017-2019.  Tasted January 2016  @BSierraNorte  @DOUtielRequena  @ProfileWineGrp

On this hill ripe, pure, Barossa fruit fills the glass, “handing out bread and jam just like any picnic.” Don’t be looking for a battle of acidity and tannin on the edge of a savoury, mythical Epping forest. Seek fruit, find fruit. A genesis of material for straightforward Shiraz. If you’ve $16 in your pocket and a deep, rich, red fruit Shiraz is what you’re looking to find, this is the place to stop. “Here come the Cavalry.” Drink 2016-2020.  Tasted January 2016  @Gr8TanninWines

From Schistous hillsides of Roquebrun, this firm and friendly SGM is the bomb of Beziers. Meaty and wise, its heart beats out of sheer size and from beauty. The opposite of a ferric beast, the valley of the barns wields a weapon but one of glistening, polished stone. The accomplished battle ready fruit knows no limits. Tannins though fierce do nothing to hurt the cause. Syrah (50 per cent), Grenache (30) and Mourvedre (20) adds up to really good Schist. Do you trust a gorgeous wine? Drink 2016-2022.  Tasted January 2016   @AOCLanguedoc  @LanguedocWines  @Eurovintage

A 2008 Rioja that looks, smells and acts like 2008, a plus and a positive rolled into one determinate, fruit roll-up, old-school package. Dried red berries once fervently ripe, now concentrated and dehydrated performing as classic regional flavours would. The acidity persists and the tannins have a leg or two to stand on. This will not improve or go any long distance but for now and two or three years more it’s about as delicious a Rioja red as you are want to taste. Drink 2016-2018.  Tasted January 2016  @RiojaWine_ES

Sparr’s little piece of the Schoenenbourg is a fine one, exemplified in this tidy, gritty and shiny happy Riesling. The tones are not tiny, perhaps tinny and certainly tropical. Mango and pineapple make heady way but the acidity and the tannin are up to the task. This is quite Germanic in my opinion, not new world Alsace. And it’s tasty as need be, with longevity on its side. Drink 2016-2022.  Tasted January 2016  @AlsaceWines  @VinsAlsace  @drinkAlsace  @ProfileWineGrp 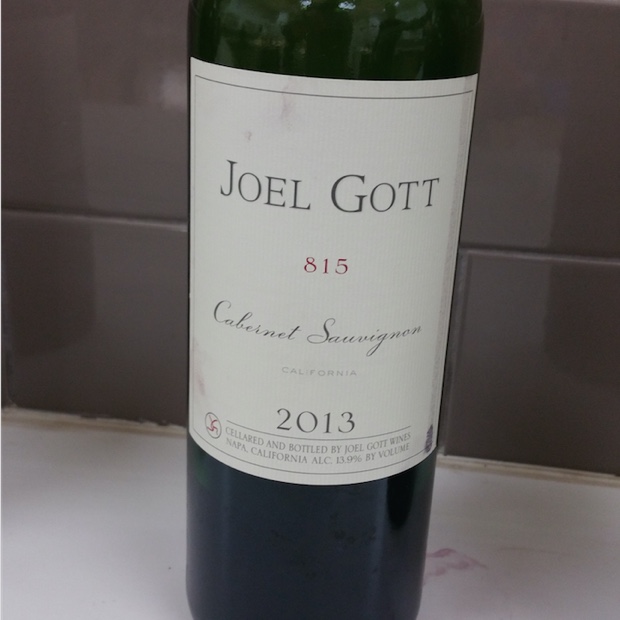 Molten comes to mind from this California Cabernet, as in lava and chocolate. A load of pepper marks its territory and fruit wades through the spicy mocha. Under the sheath there can be no mistaking the grape (with help from Cabernet Franc and Petit Verdot) or the place and yet something ionic speaks, leaving me to wonder where this will go. The chemistry is procured by a hint of carbonic, whole bunch pressing and lees stirring for texture. At present they are not in synchronized rhythm. I would say that instant gratification and crowd pleasing was the intent but the opposite happened and that may turn out to be a blessing in disguise. A year from now this could be a true pleasure in value to drink. I think I wanted to hate it but I can’t. It is possessive of terrific, classic character. I will love it instead. Drink 2017-2020.  Tasted January 2016 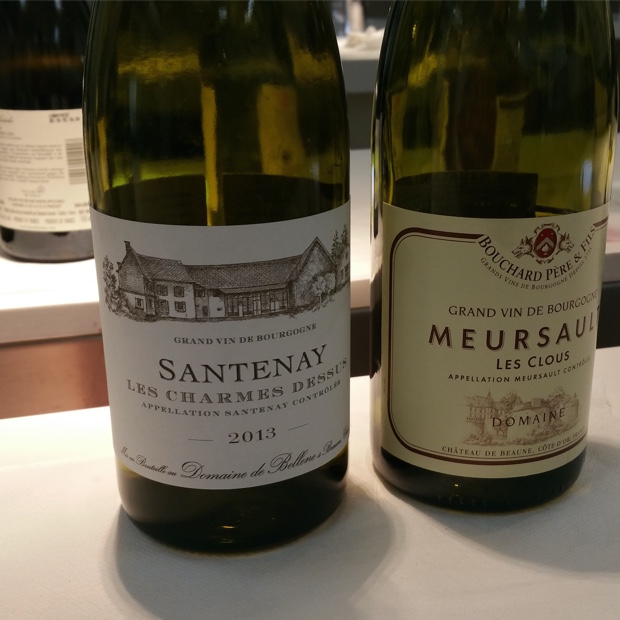 From the flats between hills of the lieu-dit Charmes Dessus, a calcaire pebble’s throw away from the 1er Cru Clos Rousseaux. Adolescent acting fruit comes off of young, 10 year-old vines in Santenay, the most southerly wine-producing commune of the Cote de Beaune. Tight, flinty, developing beneficial bitters of a Burgundy that needs a bit of time to accrue a touch of honey to help the medicine go down. Quite rich and reductive. Very good value. Really good value. Drink 2018-2022.  Tasted January 2016  @RochedeBellene  @Nicholaspearce_

Gorgeous and wealthy Chablis of all that makes this unparalleled style of Chardonnay tick. Flinty, struck stone entry, vineyard hyperbole of mineral and the geology of ancients. Lithe, lifted, lightness of being but always brought back down by the minerality. Some flavour density by way of old vines wisdom and persistence that just won’t stop going. Superb quality. Drink 2017-2022.  Tasted January 2016  @DomaineLaroche  @Select_Wines  @BIVBChablis

IGP in which schist happens. Such a bruiser this Château de l’Ou Côtes Catalans, an example the likes this market rarely sees. These Schistes bleed hematic into fruit warmed excessively by the sun. Languedoc-Roussillon that runs with the Rhône terribilta to purpose largesse and rocking good times. This is a very demanding wine, loaded with peppery spice and rabid energy. It needs years to settle. Hopefully its secrets will then be revealed. Drink 2019-2024.  Tasted January 2016  @ChateaudeLou  @AOCLanguedoc  @LanguedocWines

The Dardi Le Rose ranks as one of the most consistent performers, mired in tradition and crafted without compromise. The 2010 is a spot on example of balance in Nebbiolo, gritty, floral, tannic and ethereal. The weight is an ambient one, the aromatics resourceful and respectful to varietal and to nature. Dried roses and fresh tar, drier cherries and strolls through verdant gardens. Not the beast of Bussia but certainly bussing its weight in age. This will go quite long. Drink 2018-2025.  Tasted January 2016  @glencairnwines  @regionepiemonte

Plus one, just because it’s Valentine’s Day.

Essentially 1er Cru pearl of a vineyard in origin, on marly ground, “walking tightrope high over moral ground.” Such a pretty Chardonnay of faith and of love, subtle, slightly smoky, linear and purposed towards the divine. A lemon drop jam without sweetness and a tart edge that is miles from sour. There are no holes, stops or delays, with acidity that drives forward and length stretching to further length. Grace in gossamer layers. A marker in the Meursault sand. Drink 2017-2024.  Tasted January 2016  @WoodmanWS  @BourgogneWines  @bourgognespress